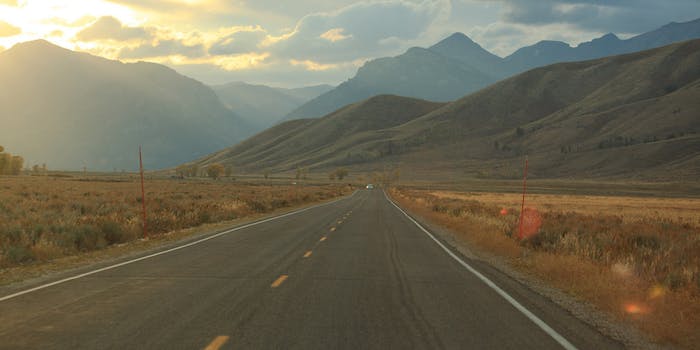 New GPS app lets you find the most scenic route

Forget the shortest or quickest route between points A and B, and find the quickest path to happiness instead.

A new Yahoo GPS application in the works crowdsources data to direct its users through the most scenic route.

The program, developed by Daniel Quercia at the Yahoo labs in Barcelona, combines images from Google Street View with data on the Urban Gems website, where users rate photos of places according to their beauty. So instead of mapping the shortest or quickest way from point A to point B, it claims to offer the most scenic.

The project, titled “The Shortest Path to Happiness,” was originally based on photos of London. Since the Urban Gems ratings were usually submitted by people judging each image out of context, Querica then hired 30 Londoners to verify that the crowdsourced routes are in fact “scenic”—or at least conform to some people’s conception of niceness.

In Boston, the researchers tried using the comments below photos on Flickr as an open-source tour guide. While the route mapped by highly approved Flickr photos in Boston was also verified by locals, it tended to lurch towards the places that have the most photos taken of them, which often turn out to be tourist hotspots.

The researchers claim the scenic routes take on average only 12 percent longer than the shortest routes. And since the most popular locations can also be the busiest and therefore the most hellish at street level, it doesn’t just map whether a location is just magnificent to look at, but aims to determine if it was also quiet or makes people happy.

The mobile app will be tested in more U.S. and European cities next year.