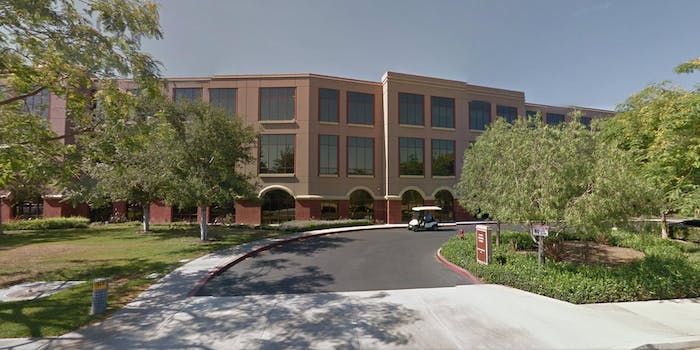 Fourteen people are dead and 14 others injured in a shooting in San Bernardino, California, according to authorities.

The San Bernardino Sheriff’s Department told KTLA that as many as three shooters, had opened fire at the Inland Regional Center at 1365 S. Waterman Avenue.

Police confirmed late Wednesday that one male suspect and one female suspect were killed following a high-speed chase. The man has been identified as Syed Farook, 28, a local resident, American citizen, and employee of the county health department. The other suspect is Tashfeen Malik, 27, and either his girlfriend or his wife.

The pair were armed with assault rifles and handguns, according to authorities. A third person who was in the area has been detained, but it is unclear if the person has any involvement in the shooting.

A San Bernardino Police officer was shot during the standoff with the suspects and is in stable condition at a local hospital, the spokeswoman said.

The shooting occurred during a holiday party for the San Bernardino County Department of Public Health, according to the Associated Press. The party was held at a convention hall of the Inland Regional Center. San Bernardino Police Chief Jarrod Burguan told reporters during a press conference Wednesday afternoon that the attack lasted “a few minutes.”

Police say the shooter or shooters wore body armor during the attack, suggesting preparation for a confrontation with law enforcement. Authorities said they do not know if the gunmen were “terrorists.”

Burguan said it appears that the shooters came “prepared to do what they did as if they were on a mission.” They “were using long guns,” he said, “not handguns.” Police did not find any explosives on site during their initial searches, Burguan said.

Police have not yet recovered the guns used in the shooting, nor do they know what types of firearms were used.

@NBCNews reports shooter(s) was in body armor, ready for confrontation with police. Again no confirmation on # of shooters. #SanBernadino

Multiple people were seen exiting the building with their hands raised, according to KABC.

The scene just outside the SAN Bernardino active shooter. All of these are law enforcement vehicles. pic.twitter.com/dseTo1z1MQ

Law-enforcement agents from the Federal Bureau of Investigation, the Bureau of Alcohol, Tobacco, Firearms, and Explosives, and the Department of Homeland security are on the scene of the shooting.

The Inland Regional Center provides services to more than 30,000 people with developmental disabilities, according to the organization’s Facebook page. It has a staff of roughly 670.

California Gov. Jerry Brown offered his thoughts and prayers for the families of the victims and vowed to bring the killers to justice. He also cancelled the state’s Christmas tree lighting ceremony.

Watch live coverage of the situation from KTLA below: