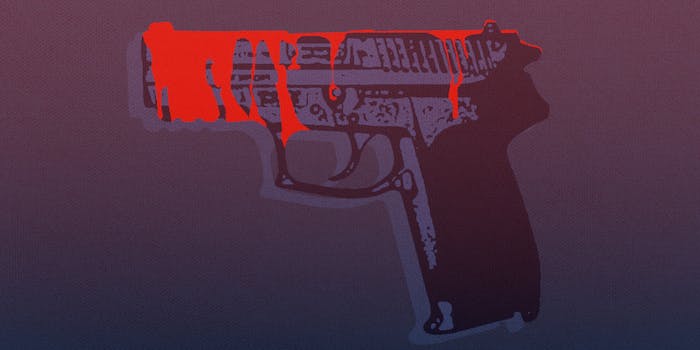 There's been a mass shooting in 2015 for nearly every calendar day of the year.

The killing of 14 civilians by armed gunmen in San Bernardino, California, on Wednesday is the sixth-deadliest mass shooting in U.S. history, and the worst since three years ago when an armed gunman shot and killed 20 children and six others in Newtown, Connecticut.

There have been more than 1,000 mass shootings since the Sandy Hook Elementary School massacre. In fact, not a single week has gone by in the last two years without one. Gun violence in America is, by definition, an epidemic.

The tragedy in San Bernardino on Wednesday marks the 355th mass shooting this year, according to Mass Shooting Tracker, a crowdsourced project maintained by the r/GunsAreCool subreddit. The tally only counts incidents in which four or more people, including the gunman, are killed or injured by gunfire.

Or to put it another way:

There have been more mass shootings than calendar days so far in 2015. #SanBernadino pic.twitter.com/jQWH8qbaW2

President Obama remarked Wednesday that gun violence in America “has no parallel anywhere else in the world.”

In reality the U.S. is 28th in the world for worst firearm murder rate, according to the United Nation’s Office on Drugs and Crime. Among wealthy nations, however, America is tops. There were roughly 30 homicides per million people in the U.S. in 2012, for example, compared to only 5.1 per million in Canada.

“We don’t yet know what the motives of the shooters are but what we do know is that there are steps we can take to make Americans safer,” Obama continued. “We should never think that this is just something that just happens in the ordinary course of events because it doesn’t happen with the same frequency in other countries.”

Mass shootings are becoming more frequent. You're not imagining it. via @MotherJones pic.twitter.com/K6nYHGXDmE

No one is quite sure how many guns there are in America, but most agree there’s at least one for every citizen. According to a 2012 Congressional Research Service report, U.S. citizens were armed with an estimated 114 million handguns, 110 million rifles, and 86 million shotguns.

In a separate incident a gunman opened fire in Savannah, Georgia, Wednesday morning, killing a woman and sending three men to the hospital.