This device is a thief's dream come true.

How much do think it would cost to build a device that can wirelessly break into the majority of keyless entry systems and garage doors? $100? $200? $1,000?

Veteran gadget hacker Samy Kamkar built one for just $32 worth of electronic hardware, and it’s a burglar’s dream come true. 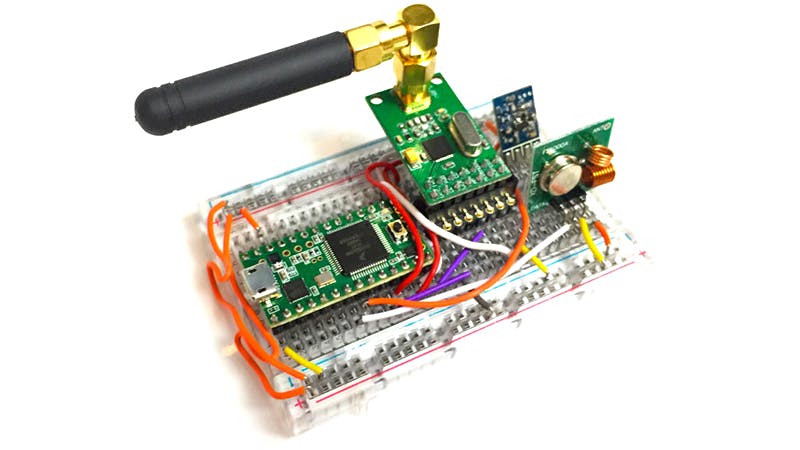 Kamkar, whose past exploits include hacking everything from drones to kids’ messaging gadgets, has developed a tiny device that listens closely to the radio signals sent by key fobs and garage-door openers. Once intercepted, the signal can then be duplicated by the device, acting like a universal opener for anyone who wants quick access to your property.

If this technique sounds familiar it’s because sniffing radio codes isn’t exactly a new technique. However, Kamkar’s device, which he calls RollJam, doesn’t just grab the code out of the air. In order to prevent newer keyless entry systems and garage door hardware that use constantly changing rolling codes—meaning they won’t unlock with a code that has already been used—the RollJam steals the code while also blocking the receiver from getting it. That way, when the code is used again later by the hacker, the car or garage door opener thinks it’s a new, unused code, and opens with out issue.

What makes the RollJam even more dangerous is that the operator doesn’t need to be present for it to work; it can simply be left running near a garage door or vehicle and snatch a code whenever the owner happens to come along, even hours later.

Speaking at the DefCon conference in Las Vegas, Kamkar noted that his device works with the majority of entry systems, though some manufacturers claim that their newest systems are not vulnerable to this particular attack method.