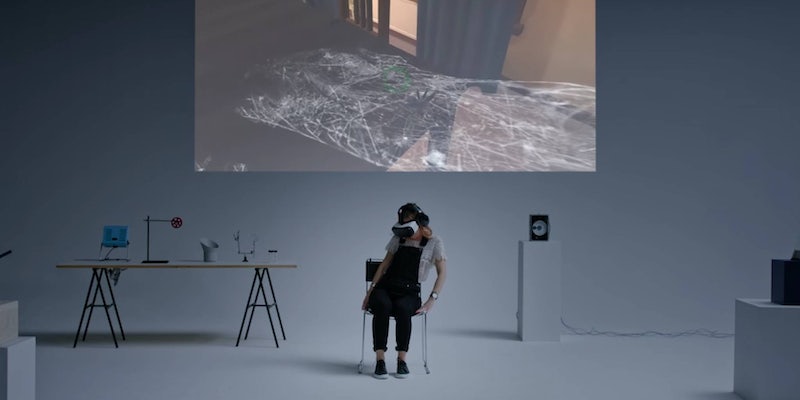 Can entering a fake world help you defeat your fear of spiders? Samsung thinks so.

Could you face your fears if you knew you weren’t actually facing your fears? That’s the premise behind a virtual reality experiment Samsung is running for a new app called Itsy, which is designed to help people face their fear of spiders. Created with the help of researchers at Stockholm University, Itsy tries to wean people into giving up their fear of arachnids.

The program is being run by Samsung’s Nordic branch, and the reason is extremely specific.

It turns out 25 percent of Nordic people have a fear of spiders. This presented a good way to test VR and help people at the same time. First subjects are asked to walk as close to a tarantula as they can get. Most of them don’t get far.  That’s when Itsy comes in.

When first using the app Itsy shows users a friendly cartoon spider. The subject plays a series of games, during which the spider slowly becomes more realistic.

While technically just a game, Itsy represents a new and expanding field for virtual reality: therapy. Imagine being able to face your worst fears like they were truly right in front of you, all the while knowing you were actually safe. What fears could you overcome?

As researchers continue to look into these questions we’re left with viral videos that show us the results. You can watch all three short episodes of the Face Your Fear experiment below. Warning, there are no English subtitles, however, it’s worth watching for the footage of the Itsy app.