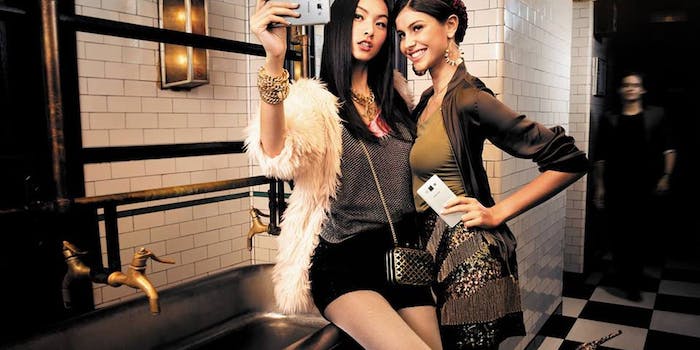 Samsung is trying to cash in on the iPhone 6 hype

Samsung’s history of following uncomfortably close to Apple’s design ideals is well documented, both online and in actual court documents. If you thought that would stop the Korean electronics maker from doing anything it could to make an iPhone-that-isn’t-actually-an-iPhone, you would be mistaken.

Enter the Galaxy A7, an ultra-thin metal smartphone designed to do one thing and one thing only: Convince you that you don’t need an iPhone 6 Plus.

Let’s not beat around the bush here: Samsung’s strategy in the mobile space is and always has been to throw as many things out the door as possible in the hopes of meeting the specific needs of every smartphone customer on the planet. Thus far, that strategy has worked quite well. Samsung has sold an awful lot of smartphones. It has yet to profit from the strategy, but that’s a topic for another day.

By the name, you might think the Galaxy A7 is the seventh in a long and storied series of smartphones that you somehow completely missed, but it’s not. There are only two phones preceding the A7, and while two is certainly better than zero if you’re looking for a smartphone family tree, the A3 and A5 aren’t exactly elderly. In fact, they just launched last month. Yes, you read that correctly. The “A-whatever” name is about a month old. 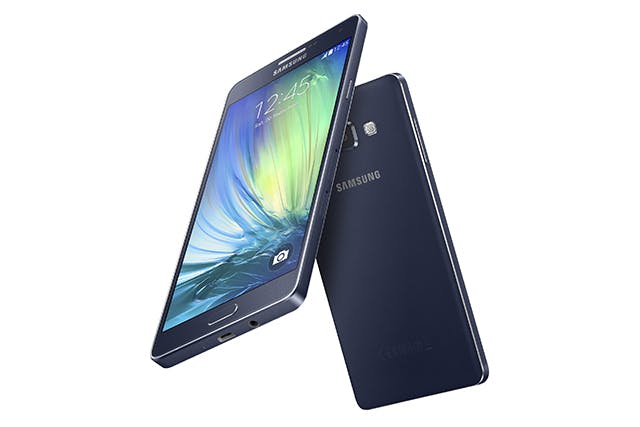 Speaking of inspiration, it’s quite interesting how Samsung decided to adopt “A” as their device identifier, given that Apple’s own A-series chips are always a hot topic in tech circles. The A-series’ superior benchmark scores consistently beat out virtually anything against which they compete. The A8 chip powers the iPhone 6 and 6 Plus, while the A7 chip was found in the iPhone 5s, the A6 in the iPhone 5, and so on and so forth.

Sure, the Galaxy A7 uses an ARM Cortex-A7 processor, but the A3 and A5 phones—both of which were announced and released before the A7—use ARM A53 processors, so that can’t possibly be the reason for the naming pattern.

Ever since Samung was caught with its hand in Apple’s cookie jar, it has become the master of finding ways to cause subtle confusion and blur the line between their own products and those of their most popular competitor. It’s very likely that the A3, A5, and A7 were named as such because many not-so-hardcore tech fans associate those names with the speed, power, and quality of Apple’s devices.

You might be thinking that this all sounds a bit like a conspiracy theory, but it’s no secret that Samsung has long wondered why Apple’s fan base is so passionate and loyal. The company even went so far as to send an undercover video crew posing as Korean journalists to study Apple customers standing in line for new iPhones. Given that, it’s not exactly a stretch to think there’s some subtle mind games going on with Samsung’s new phones. After all, the name, the design, and everything else associated with them screams “Apple knockoff.”

Samsung’s timing is pretty good. Apple just launched two new smartphones that move away from the more industrial design of the iPhone 4 and 5. What better way to follow up the beloved devices that Apple just put to rest than by releasing three new phones that not only match up to the current iPhones in screen size but also take design cues from their predecessors?