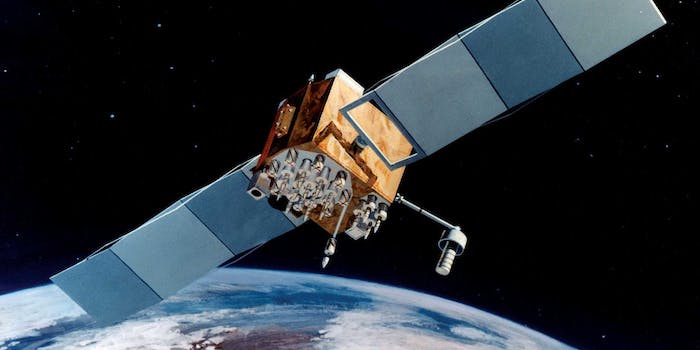 It would be like mobile Internet from the heavens.

Samsung is proposing sending a fleet of small satellites into the skies to bring nearly 5 billion people high-speed Internet.

The Korean technology company’s research branch recently released a paper sketching out the deployment of thousands of “low-cost micro-satellites in Low-Earth Orbit [sic].” Each satellite could stream more than a zettabyte of data per month—the equivalent of approximately 200GB per month for 5 billion users worldwide.

Samsung wants to start launching satellites in the near future, with the one-zettabyte data goal based on expected worldwide mobile Internet usage by 2028.

The company’s armada of Internet-providing craft would not directly provide connectivity. Instead, they would beam Internet access to cellular base stations and Wi-Fi access points on the ground. From there, anyone in a covered region could connect as if they were using traditional wireless service.

The network of satellites, which would weigh less than 1,000 pounds, would orbit approximately 1,200 miles above the Earth. By staying in such close proximity to the planet’s surface, Samsung hopes its satellites can eliminate the latency issues generally associated with satellite Internet access.

Farooq Khan, Samsung’s U.S. head of research and development and the author of the proposal, estimated that the company’s space network would achieve a round-trip speed of 20ms for short-range communications. In comparison, a typical cable modem connection has a latency between 5 and 40ms, while the average latency for a 4G cellular network is about 50ms.

Satellites close to Earth are also easier to replace, a fact that will be key to keeping the network available and up-to-date to meet the demands of new users. A new, faster wireless standard called 5G is right around the corner, and Samsung believes that its proposed network, if built on that technology, would be an affordable short- or long-term solution for users in the developing world.

The proposal from the Korean company isn’t very different from a plan that recently emerged from Space X. That proposal, which received FCC approval in June, described a similar network of inexpensive, low-orbiting satellites providing Internet to the billions of people who lack it. SpaceX has indicated it that it wants to bring the network online as early as 2020.