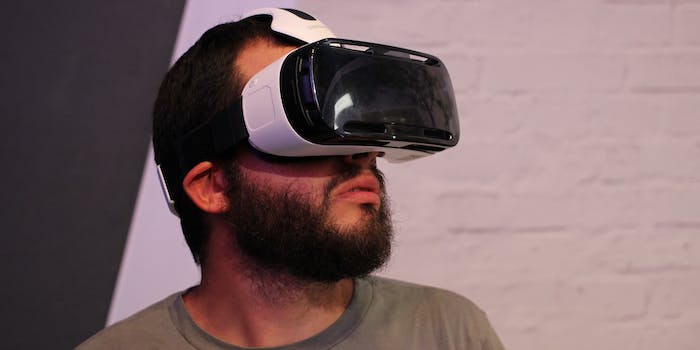 Turn your Galaxy S6 into a virtual reality machine for $199

Oculus Rift might still be the biggest name in virtual reality and Microsoft’s HoloLens has everyone giddy about its possibilities, but those are still both just theoretical products at this point. Samsung wants you to know virtual reality is here right now with the latest version of the Samsung Gear VR headset.

The “Innovator Edition” version of the headset is available directly from the Korean manufacturer. It’s retailing on the company’s website for $199. The Gear VR is also available on Best Buy’s website for the same price, just in case you want to support the scrappy upstart retailer.

Designed to work with the new Samsung Galaxy S6 and S6 Edge handsets, the Gear VR promises to put users into an immersive media experience. There’s nothing else needed to power the headset other than the phone, though an included USB port can be utilized for additional accessories. Included with the Gear VR is a touchpad controller for navigation.

The headset also should show off Samsung’s ongoing Milk VR project, a dedicated arm that produces content specifically for VR. The company is working to build exclusive content to make the watching experience in virtual reality one that people will actually want to have.