Welcome to the Island of Misfit Smartphones.

This is what the plot of Toy Story 4 will be: Andy walks into the storefront of a mobile carrier to get his first individual phone plan. The phones all gather ‘round, screens aglow and processors aflutter as they wait nervously for Andy to pick which one he will take home. He chooses the iPhone after he asks Siri a question and she responds, “There’s a snake in my boot!” even though it had nothing to do with what he asked.

All of the other phones return to the shelf. A 90-minute time lapse shows the price of the phones dropping while they all stare longingly, displays pressed to the glass case, watching happy customers leaving with other happy devices and it’s all set to the music of Joy Division. The phones are replaced by newer, more popular models.

These are the sad, sad phones that just want a chance. They’re on sale! Won’t you give them a home? Probably not. But maybe?

Whatever you decide, these sad, sad phones are on sale, trying to get your attention with some truly dramatic price cuts. If you’re in the market for a smartphone and are truly hell-bent on saving money, then read on.

You can help me buy anything on Amazon just by looking at it with your Firefly feature, which is great because this relationship is going to leave a big old hole in my heart that I will fill with binge-shopping. The only benefit to having you is that I’ll also end up with an entirely new wardrobe so I don’t feel so empty inside. I’m going to keep calling Mayday until I get the lady from the commercial and then I’m going to ask her why I did this to myself and then I’m going to cry.

I see you, BlackBerry, still wearing your high school letterman’s jacket and telling everyone who’ll listen about that one time you scored four touchdowns in a game. There is a wistful glimmer in your eyes for the days of yore, but the sparkle grows dimmer every day. 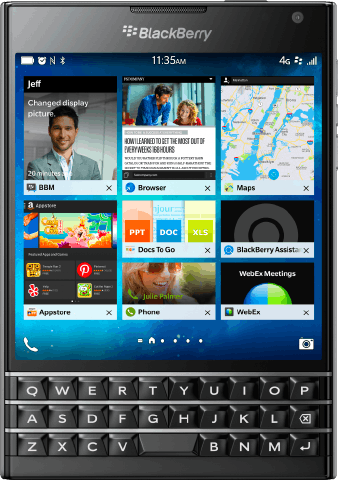 I do not care if you’re $200 off. I don’t care if BlackBerry will give me $550 to trade in my phone. I’m not going to buy you, Passport! Your selling point is that you’re a rectangle that is really good at spreadsheets. If I made a pie chart to represent how sad you make me, it would be a big circle.

What would I even do with you? I would open BBM and watch a tumbleweed roll across the screen. Teardrops on my QWERTY keyboard.

I suppose if you’re good enough for Kim Kardashian, maybe someone out there will want the Passport for cheap… and you know, that extra $550.

The Samsung Galaxy family is much bigger than they let on. They 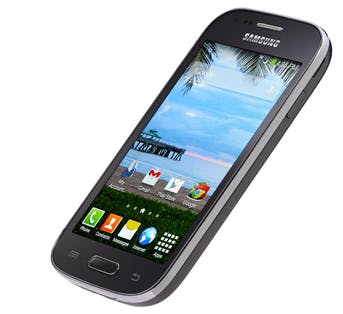 proudly trot out the Galaxy S whatever or the Galaxy Note. But have you ever heard of the Galaxy Rush? Express? Pocket? Grand? Trend? I’m not just throwing out random words, those are actual members of Samsung’s line of smartphones that the company has just shoved into the attic and ignored until it can get around to killing them off.

Samsung is the Corrine Dollanganger of phone makers.

This brings us to the very affordable Samsung Galaxy Ace Style. Ace Style should be the name of a rejected Top Gun character. Ace Style is the kind of guy who doesn’t know how to process his emotions and responds to every situation by giving a thumbs up—no matter what. Ace Style is on sale for $29. Two very sad thumbs up for Ace Style.