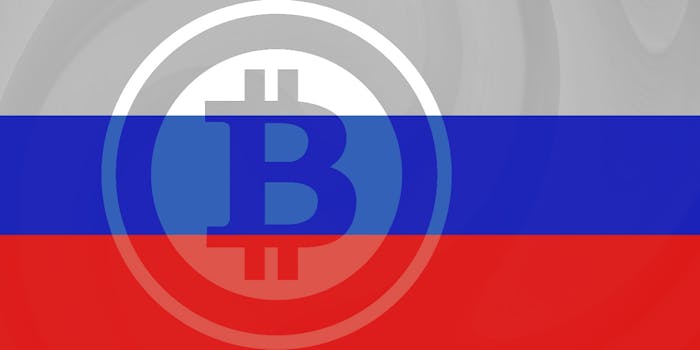 That'll keep the public from knowing.

Just how thorough is Russia’s censorship machine? Well, it just forced a blog to delete a single sentence from a two-year-old post about Bitcoin.

Now, visitors to the website Zuckerberg Pozvonit will have no idea if you can do anything illegal with digital money.

It’s just another example of Russian censorship law, which authorizes the Kremlin’s media watchdog, Roskomnadzor, to demand news sites and blogs to remove content, including material that can be seen as instructing others to engage in illegal activity.

Zuckerberg Pozvonit, or “Zuckerberg Calling,” a nod to the Facebook co-founder, focuses on news related to Internet entrepreneurship. As such, in April 2013, it published an article called “What Are Bitcoins and Who Needs Them?” (available here and archived here). A single snarky line only about the cryptocurrency’s pseudonymity recently caught Roskomnadzor’s eye: “It means that theoretically, you can safely buy any illegal goods with bitcoins (weapons, drugs, likes and retweets, and so on).”

The censorship order was far more thought out than one might think. It stems from a February 2015 court decision in Astrakhan, which determined that the article contains “the propaganda of tax crimes in the area of legalizing [money laundering] income obtained in a criminal way” and “has a negative impact on the legal consciousness of citizens.”

Roskomnadzor actually resisted enforcing the court order at first, appealing to the court for clarification, arguing that the article in question was merely informational. But the court answered this month that its “decision contains no ambiguity.” (Copies of both Roskomnadzor’s appeal and the court’s response are available on Zuckerberg Pozvonit‘s website.)

Vyacheslav Tsyplukhin, who publishes the site, stated on Facebook that per editorial policy, it intentionally avoids any political issues, and thus was surprised by the court’s decision.

Ironically, two weeks ago, during his visit to a youth summer forum, Vladimir Putin signaled his tacit support for using bitcoins in Russia, stating clearly that the cryptocurrency shouldn’t be banned. “One can use them,” he told the crowd. “They’re spreading to ever more places these days.”

Photo via Jason Benjamin/Flickr (PD) | Remix by Jason Reed. A previous version of this story originally appeared on Global Voices, and is republished with permission.