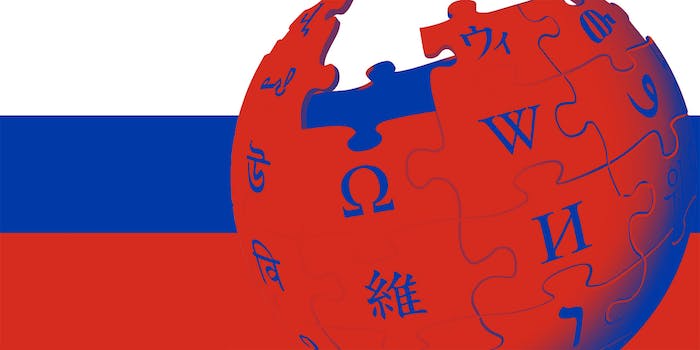 Russia completely blocks Wikipedia due to article about marijuana

Put that in your pipe and smoke it.

Russia banned Wikipedia on Monday, following through on threats to block the world’s biggest encyclopedia due to a page about cannabis that Russia censors deemed illegal.

Roskomnadzor, the Russian censors responsible for surveilling and policing the Internet, pulled the trigger on the ban after demanding Wikipedia remove the page for charas, a form of hashish cannabis. The authorities complained that the Wikipedia page gave explicit instructions on how to make the product.

The distribution of drug-related information has been prohibited since at least June 25, according to Roskomnadzor.

Roskomnadzor is incapable of blocking individual Wikipedia pages because the site uses the HTTPS protocol to enable secure communications. Instead, they have to ban the entire site.

The Russian government has long been vocally critical of Wikipedia. Last year, the Russian Presidential Library called Wikipedia unreliable and undetailed when it comes to Russian-related information, and it announced plans to build its own alternative.

A similar incident took place earlier this month when Russia briefly banned Reddit due to a post about psychedelic mushrooms.