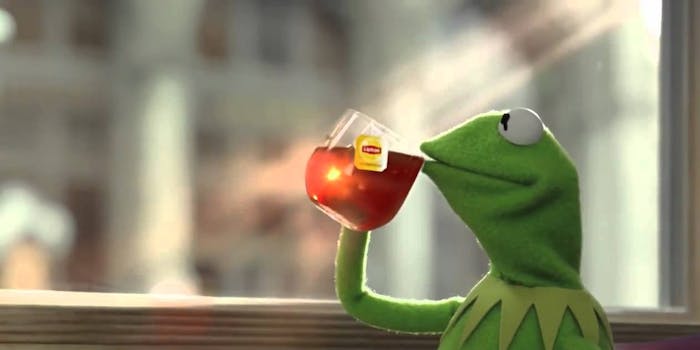 Rush Limbaugh: NASA’s discovery of liquid water on Mars is a leftist conspiracy

'NASA's been corrupted by the current regime.'

NASA announced today that it has confirmed the discovery of liquid water on Mars.

Not likely, according to conservative talk-radio star Rush Limbaugh, who asserted on his show Monday that NASA has been “corrupted” by the Obama administration to further a “leftist agenda.”

Limbaugh’s primary skepticism stems from NASA’s assertion that human activity has contributed to global warming—a point agreed upon by the vast majority of the scientific community and a major source of contention among some conservatives, who believe NASA fabricated its data.

This is far from the first time Limbaugh has accused NASA of serving a nefarious Obama agenda. In 2014, for example, he leapt on comments made by NASA Administrator Charles Bolden, who told Al Jazeera that President Barack Obama “wanted me to find a way to reach out to the Muslim world and engage much more with dominantly Muslim nations to help them feel good about their historic contribution to science, math, and engineering.”

The White House later backtracked on Bolden’s remark, with former spokesman spokesman Robert Gibbs saying at the time, “That was not his task, and that’s not the task of NASA.” But it was too late, and Limbaugh had already dubbed NASA the new “Muslim outreach department.”