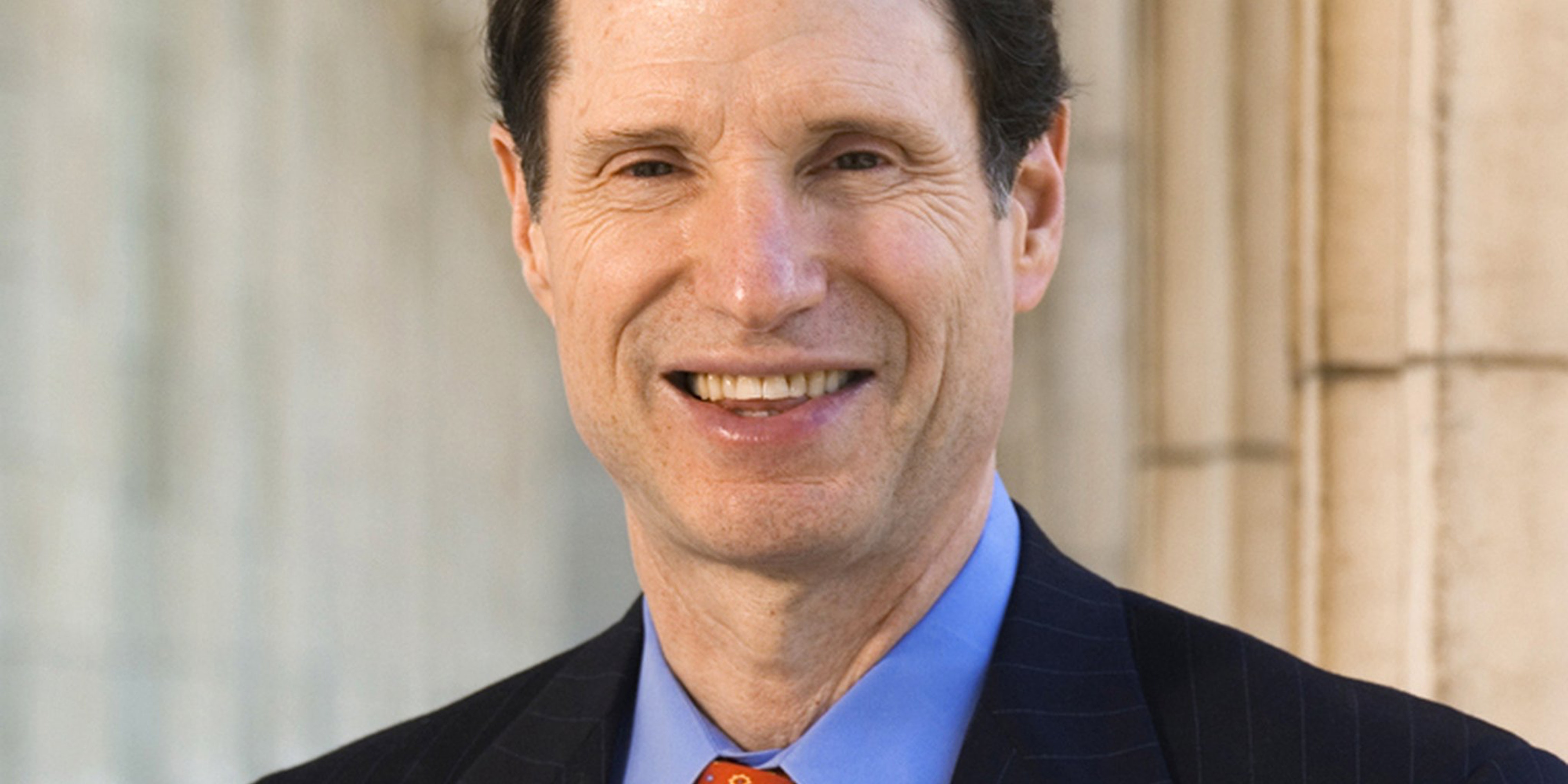 Sen. Ron Wyden on the problems with the Trans-Pacific Partnership

One of the U.S. Senate's strongest advocates for Internet freedom says the TPP is his biggest concern.

Few, if any, politicians are as dedicated to Internet freedom as Senator Ron Wyden (D-Ore.). The only senator to sign the Declaration of Internet Freedom, Wyden fought bills thought to threaten Internet rights long before it became popular to do so.

In May 2011, eight months before the Stop Online Piracy and Protect IP Acts (SOPA and PIPA) created a new generation of Internet activists, Wyden took drastic steps to halt PIPA’s advance in the Senate by putting a hold on the bill, keeping it from reaching the Senate floor for a vote. And eight months before that, Wyden had enacted a hold to stop PIPA’s earlier draft, the Combating Online Infringement and Counterfeits Act (COICA).

Now, Wyden says, his biggest concern for the future of Internet freedom is the Trans-Pacific Partnership (TPP), a trade agreement currently being negotiated by the U.S. and eight other nations. The text of the agreement is classified and not available to the general public. Special advisors, however—many of them who work for companies that lobby Congress—are given access to the document.

Wyden fears the TPP has the potential to, like SOPA and PIPA, lead to a drastically more censored Internet in its pursuit of greater online copyright enforcement. The key word there is potential. Though chapters of earlier drafts have been leaked, the current text is held only by the negotiating nations’ trade representatives and their advisors. And while members of Congress are technically granted access, it’s not exactly a fair fight, as Wyden’s staffer Tom Caiazza told the Daily Dot:

“[T]hey have to go to a secure room without notebooks or even their staff to read what is being negotiated. They are then not allowed to discuss those documents with their staffs[…] All this information is in legalese and unless they’re an expert in the issues being addressed, it is going to be difficult for members to truly understand without the help of their expert staff just what these documents mean.”

Now, at the conclusion of the TPP’s 14th round of negotiations, Wyden spoke with the Daily Dot about why the agreement is so dangerous, how the U.S. can strike a balance between cybersecurity and user privacy, and why Internet freedom isn’t a partisan issue.

Daily Dot: What would it take to get the provisions of the TPP that concern regulating the Internet to be made public?

For the administration, in particular [United States Trade Representative] Ron Kirk to see how strongly the American people and the Congress feel about these issues. The only way I can characterize the response of the USTR is dismissive: “Look, we’re the ones who have the expertise. We’re the ones who understand the TPP issues. We’re essentially making the judgements of what people have access to and when.”

And that’s just not acceptable anymore. That kind of thinking is outdated. There is no way to defend the status quo, which allows the people the TPP has selected to sit at their desk and be able to log on, get all the information in the document, and have virtually no one in Congress get access to the same kind of approach.

DD: Why are you so concerned with the TPP?

My biggest concern deals with Internet freedom, because this could unravel some of the hard-fought gains that have been made in the United States. Ever since Section 230 of the Communications Decency Act [a 1996 provision, introduced by Wyden, to safeguard users from online indecency charges], we’ve been building several laws, a set of principles that extend Internet freedoms. We spent 15 years ensuring secondary liability for websites and ISPs and maximizing Internet freedom.

DD: The USTR has told me they’re committed to arguing for the TPP to follow U.S. law, meaning the actual mechanics of SOPA and PIPA couldn’t make it in, but portions lifted from the Digital Millenium Copyright Act (DMCA) would.

Of course they tell you that’s what they’re doing. But start with the proposition that I did, that these special interests can access something that the American people don’t get. That members of Congress virtually don’t get. The USTR says they base their stance on the DMCA, that they won’t do this, they won’t do that. I just don’t think that’s good enough. I think that the public deserves to be part of the discussion.

DD: Did you have a hand in shaping the Democratic National Committee’s new platform on Internet freedom?

I was not consulted about the platform on Internet freedom. I think people ought to know that for 15 years I’ve been pushing digital freedom legislation. [The platform] is not exactly what I would have said, but I’m not opposed to its principles, and I don’t want it to distract from what I think is the crucial question, and that’s liberating the TPP process.

DD: Whether it’s the House passing the Cyber Intelligence Security Protection Act (CISPA) or President Obama enacting a version of the Cybersecurity Act of 2012 (CSA), which failed in the Senate, through executive order, Washington seems determined to pass a bill to increase U.S. cybersecurity. How could we have better cybersecurity without a system that lets the government spy on its citizens?

I wrote to the White House Wednesday on cybersecurity, saying I’m supportive of the idea of an executive order when it comes to protecting critical infrastructure, but you have to make a distinction between infrastructure and social media. You have to leave social media out.

DD: There’s a lot of talk about why we need much stronger cybersecurity in this country, but it tends to just reference classified information and includes very little specifics.

That’s one of my concerns! You can almost see the creation of a what I’ve called the “cyber-industrial complex.” You’ve got all these people who see a really serious problem, who want to give up a lot of government money to essentially deal with a problem they could perpetuate. One of the reasons I’ve been cautious about these bills is they don’t give a lot of specifics about what sort of problems they’re actually trying to solve.

DD: Both parties have included Internet freedom as part of their 2012 platforms. Is it really a bipartisan issue?

You can see the commonalities of interests. Lots of progressive people say “the Net is a great equalizer.” This is a place you can go if you don’t have power or clout. This is a place where you can be heard and get your agenda addressed.

On the conservative side, they say: “We like technology. We like the Net as an alternative to government.” Tea Party people say: “The Internet is not the government. It’s not run by Washington, it’s not run by government officials, and we like the fact that our voice is heard.”

So there’s a commonality of interests. Freedom, innovation: these are principles that endure outside the fights that you see between the political parties.

DD: Despite its popularity with the Web at large, only three members of Congress, you and Representatives Darrell Issa (R-Calif.) and Anna Eshoo (D-Calif.), have signed the Declaration of Internet Freedom. Will anyone else?

I think more members of Congress will sign it. I think it’s inevitable, as Americans grow more and more interested in digital technology.

[The Internet] is a natural new constituency. We want to make sure people see the TPP has a lot of potential to unravel some of the incredibly important gains that we’ve won for Internet freedom. We are on the right side of history, but we’re trying to accelerate it.