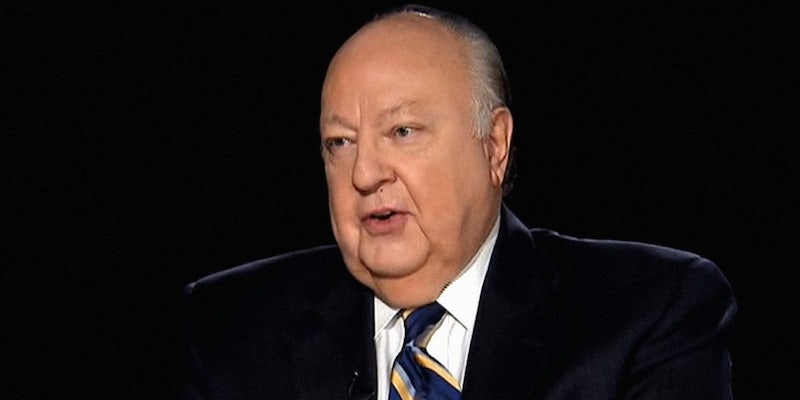 The Drudge Report, which first broke the news, posted an alert on Thursday morning with a statement from Ailes’ wife, Elizabeth Ailes.

“I am profoundly sad and heartbroken to report that my husband, Roger Ailes, passed away this morning,” she wrote. “Roger was a loving husband to me, to his son Zachary, and a loyal friend to many. He was also a patriot, profoundly grateful to live in a country that gave him so much opportunity to work hard, to rise–and to give back.  During a career that stretched over more than five decades, his work in entertainment, in politics, and in news affected the lives of many millions. And so even as we mourn his death, we celebrate his life.”

No cause of death was given in the statement.

Rupert Murdoch, chairman of 21st Century Fox and Fox News, said in a statement that everyone at the channel is “shocked and grieved” by Ailes’ death. Murdoch called Ailes a “brilliant broadcaster,” adding that he had a “huge role” in shaping American media during his career.

“Roger and I shared a big idea which he executed in a way no one else could have,” Murdoch said.

Ailes founded and served as the chairman and CEO of Fox News. He resigned in July 2016 amid allegations that he sexually harassed female colleagues. Ailes also served as an adviser to President Donald Trump’s campaign.

Ailes built Fox News into a cable-TV giant that routinely lead the major news networks in ratings. The channel was founded in 1996 and has since become a bastion of conservative media.

The powerful media executive lost his job when Gretchen Carlson, a former Fox News anchor, sued him for sexual harassment and several other women supported the claims. Ailes denied the allegations.