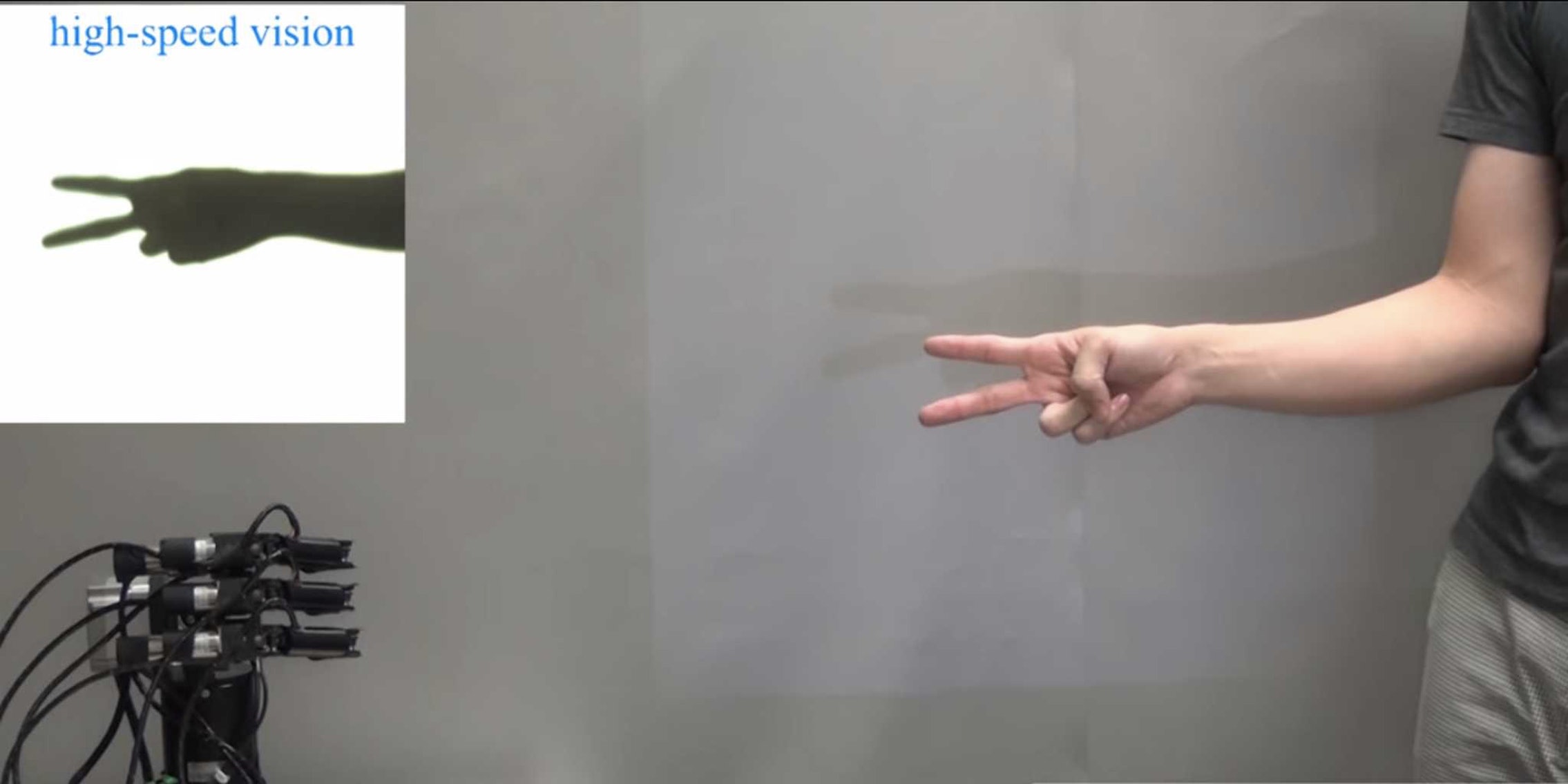 This robot will beat you at Rock, Paper, Scissors every single time

A University of Tokyo robot wins every time it plays the classic hand game.

A new robot that can win any game of Rock, Paper, Scissors you throw at it has popped up at the University of Tokyo. It’s a third-generation design by researchers at Ishikawa Watanabe Laboratory, and without exaggeration, the robot wins the ubiquitous hand game 100 percent of the time it plays.

It does so with help from a high-speed camera, pointed at a stabilized silhouette of the human opponent’s hand. That silhouette is generated by the setup below, which uses moving mirrors to rapidly track and follow an object of interest.

The single-color, motion-free silhouette makes for optimal computer input, so the robot’s “brain” runs visual recognition algorithms on the high speed frames to very quickly determine what sign the hand is going to throw while it’s still in the process of throwing it: rock, paper, or scissors? Once it arrives at a conclusion, it sends the appropriate winning sign to its three-fingered hand and plays it in response. This entire process takes place in roughly one millisecond, and the robot is undefeated. 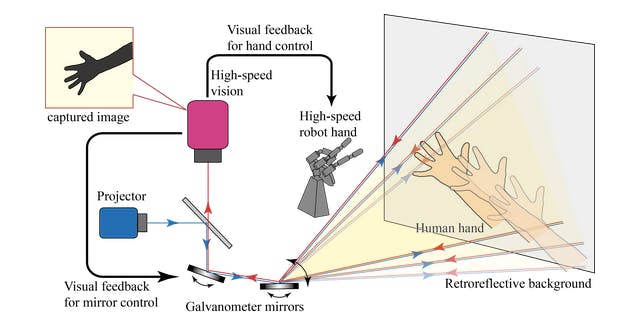 Here’s what the robot “sees” in order to determine which sign to throw to best undermine your confidence as a flesh and blood player of the children’s game. Notice how exaggerated the person’s physical movements are, and how smoothly the high speed vision can process it.

Similar visual systems have been used in the past for other novel effect, as it’s easier to accurately and rapidly use electronics to reposition a small mirror than it is a large camera. Here’s what a ping pong ball in play looks like when it’s tracked with the same mechanism:

Though quite narrow in scope, the Rock, Paper, Scissors robot (it is called “Janken” in Japan) is a successful demonstration of an idea from robotics academia called cooperative control. It is based on the notion that humans and robots will eventually be expected to work alongside each other in the future, and that those robots ought to be able to be controlled with natural inputs.

In this case, the University of Tokyo team has successfully demonstrated that such cooperative control is possible within just 1 millisecond. Doomsday criers, take note: the robot hand isn’t “beating” a human at a game so much as it is simply processing inputs and reacting within a narrow, preprogrammed scope. On some fundamental level, human hand gestures control this electronic three-fingered hand—it just happens to be programmed to respond with the play that will win every time.

One can’t help but daydream about entering such a robot in the Rock, Paper, Scissors World Championships.