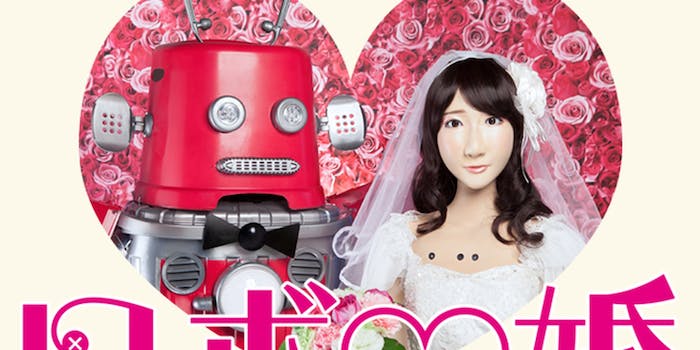 2 robots got married in Japan, and it’s exactly as weird as it sounds

A momentous event or a sign of the apocalypse?

The same-sex marriage ruling in the United States was a historic moment for both the country and the quest for equal rights. In Japan, a much different marriage milestone was recently reached, and this one involved no humans whatsoever.

It was the world’s first robot wedding.

The event was apparently a pretty big deal, as there were upwards of 100 guests willing to pay the $80 entry fee to see the two humanoids say their vows. The first kiss came courtesy of a mechanized mandible, and the cake was sliced by a massive mechanical blade. In short, it was exactly what you’d expect a robot wedding to be.