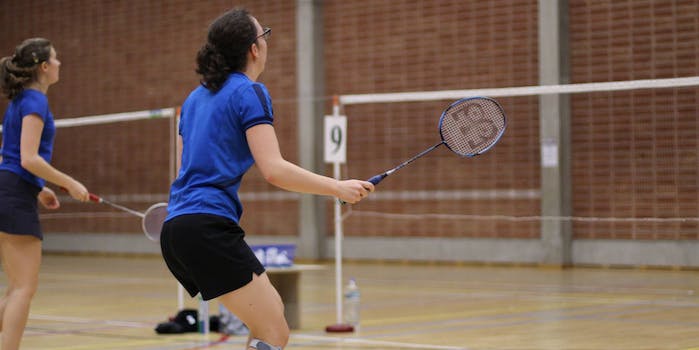 If the fight for humanity comes down to a badminton match, we’re all doomed

Deep down, we all fear that the robots will eventually come for us. We just didn’t know time was so short for badminton players, who are about to have their favorite past time stripped from them by dominant robotic athletes.

The Robomintoner, created by students at Chengdu University in China, brings a T-1000 Terminator-like focus to the game of badminton. It has one objective: destroy the humans… at their favorite game to play with friends and family during a summer cookout.

This unholy terror has been unleashed on the court with all of the unfair advantages one would expect a machine to have. It can move at a blistering 13 feet per second and can see the field of play thanks to a vision system that utilizes an HD camera and location sensors.

A computer system analyzes the movement of the shuttlecock and delivers predictive positioning to the bot via bluetooth so it always gets in the right spot to deliver a clearing hit. A pre-mapped version of the court helps the machine stay inside the lines of the alley at all times.

Robomintoner also cheats to succeed—it’s equipped with two racquets that it can use to keep a rally going. Is it fair? No. Will it be fair when its distant relative achieves consciousness and enslaves all of humanity for being of an inferior and obsolete design? No. So just be glad Robomintoner is stuck sending drives over the net for now.

Designed for the Asia Robotics Competition, the Robomintoner was awarded a top prize. The robot is capable of an 80 percent success rate when returning a shot, according to the South China Morning Post.