Google’s already censored 170,000 URLs under EU’s ‘right to be forgotten’

Google has evaluated almost half a million webpages and removed more than 170,000 URLs from its search results as a result of Europe’s controversial “right to be forgotten,” according to figures released Thursday.

Since a ruling by the European Court of Justice (ECJ) in May, Europeans have had the right to appeal to search engines for “outdated or irrelevant” information to be removed from public search results. The ruling has been heavily criticized in the months since then, but the service is undeniably popular: Google’s Transparency Report shows that hundreds of thousands of Europeans have attempted to capitalize on their new “right.”

Google has received a total of 144,954 requests to remove information from search results, which has entailed it evaluating 497,695 webpages overall. Of these half-million URLs, just over 40%—170,706—were subsequently removed, with the other 237,736 remaining live.

Google has also provided a number of anonymized example requests to illustrate the kind of reasons people attempt to have search results removed for. One Swiss “financial professional” asked Google “to remove more than 10 links to pages reporting on his arrest and convictions for financial crimes”—a request the search engine denied. Another, “a victim of rape” asking “to remove a link to a newspaper article about the crime,” was granted.

Links to Facebook are most frequently removed, with 3,332 removed since the ruling came into force. YouTube is also popular, with 2,392 URLs removed, as is Google Groups, with 1,945. 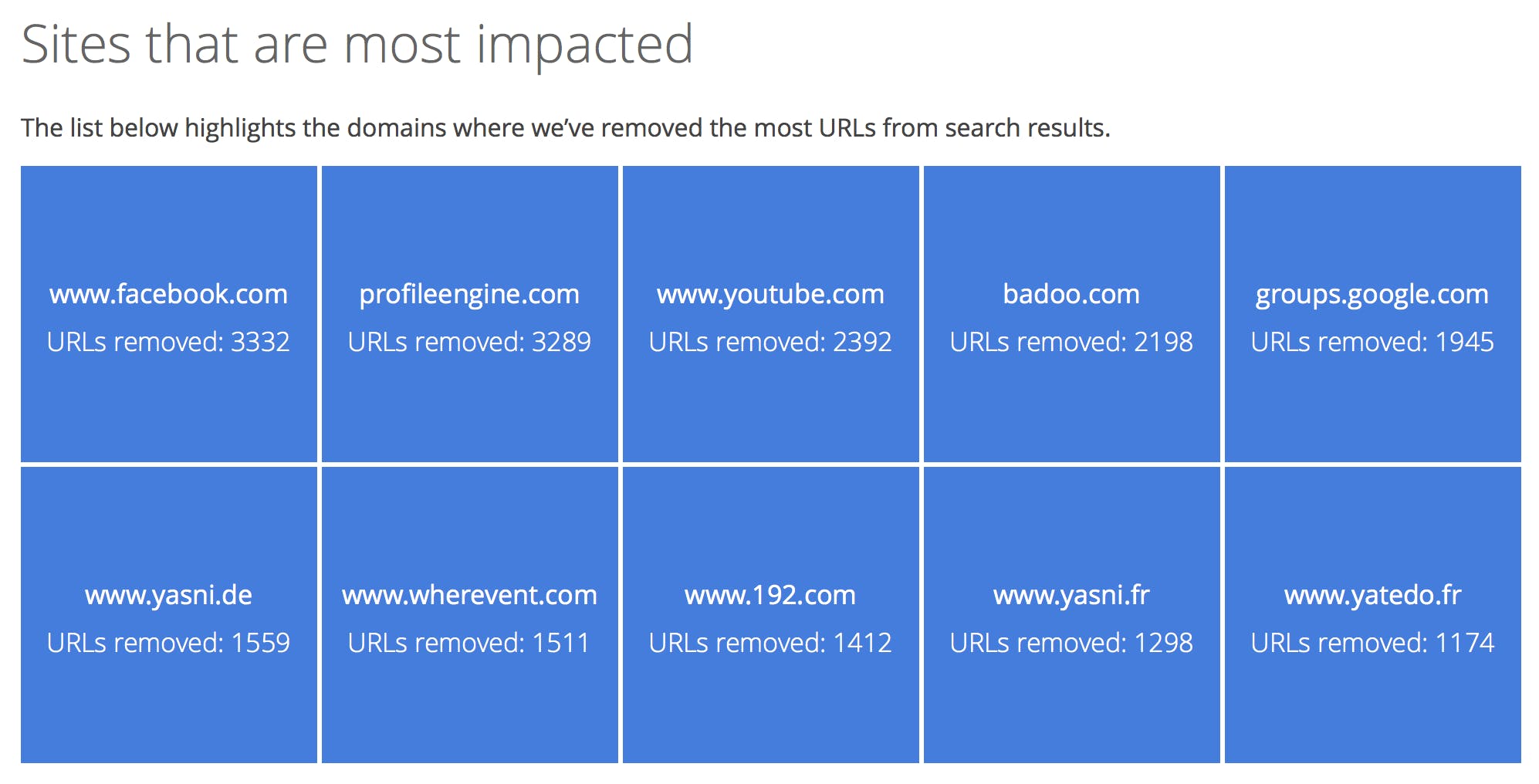 Critics of the right to be forgotten argue that it is tantamount to censorship. One outspoken opponent is Wikipedia founder Jimmy Wales. Upon learning that entries from the online encyclopedia he founded were being targeted, he likened the ruling to “censoring history.”