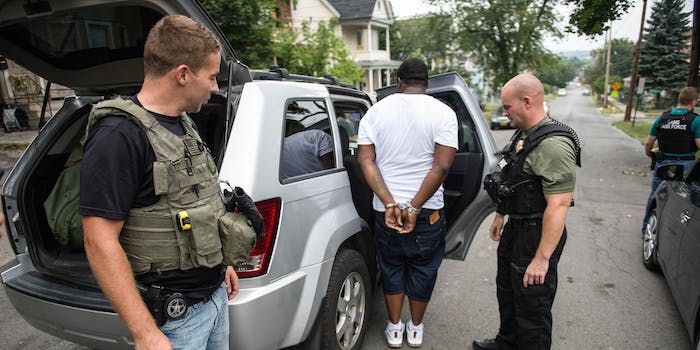 Photo by Office of Public Affairs/Flickr (CC BY 2.0)

The controversial briefing paper called for the decriminalization of all drugs.

The United Nations is backtracking from a document outlining a health- and human-rights-based approach to drug policy shortly after Virgin founder Richard Branson leaked it online.

Branson tweeted a copy of the briefing paper, called “Decriminalisation of Drug Use and Possession for Personal Consumption,” on Monday morning and shared it on his company’s website.

“In an as-yet unreleased statement circulated to the BBC, myself and others,” Branson wrote, “the UN Office on Drugs and Crime (UNODC), which has shaped much of global drug policy for decades, call on governments around the world to decriminalise drug use and possession for personal consumption for all drugs.”

.@unodc call on Govs to decriminalise drug use & possession for personal consumption of all drugs http://t.co/zoXmZKESRA

Branson, who is a member of a group called the Global Commission on Drug Policy, said he released the paper after hearing that at least one government was pressuring the UNODC.

“Let us hope the UNODC, a global organisation that is part of the UN and supposed to do what is right for the people of the world, does not do a remarkable volte-face at the last possible moment and bow to pressure by not going ahead with this important move,” Branson wrote.

In a statement Monday, a U.N. official said that the paper was neither a final nor even a formally released UNODC document. The U.N. further denied being pressured by any government to withdraw the document, adding, “It is not possible to withdraw what is not yet ready.”

The U.N. said that the paper was intended for dissemination and discussion at a conference in Kuala Lumpur. It was reportedly authored by Dr. Monica Beg, chief of the HIV/AIDS section of the UNODC in Vienna.

Dr. Beg did not immediately respond to a request for comment.

A U.N. spokesperson added that UNODC remains committed to “the balanced approach that, in particular, promotes alternatives to incarceration in line with international human rights standards.”

Photo by Office of Public Affairs/Flickr (CC BY 2.0)