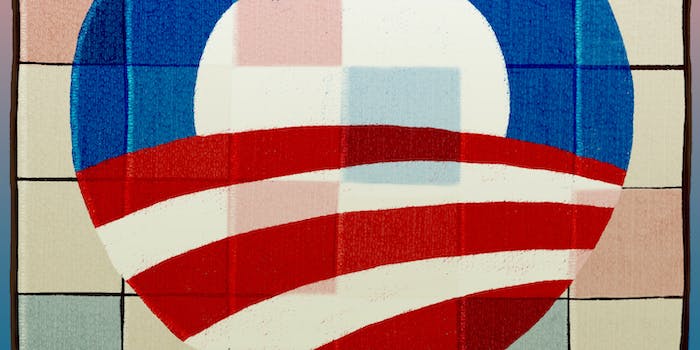 Did they honestly not think anyone would notice?

President Obama emphasized the scientific consensus on climate change and the moral imperatives against torture and anti-Semitism in his State of the Union on Tuesday night, but you wouldn’t know it by watching House Republicans’ rebuttal video.

Think Progress was the first to spot the fact that the version of the address posted on House Speaker John Boehner‘s YouTube channel, which included sidebars rebutting the president’s comments, edited out at least two important portions of the speech.

The liberal blog compared the progress of Obama’s speech as seen in the Republicans’ rebuttal video to the text of the official transcript, and found that Republicans cut this section at 43:25:

“I’ve heard some folks try to dodge the evidence by saying they’re not scientists; that we don’t have enough information to act. Well, I’m not a scientist, either. But you know what—I know a lot of really good scientists at NASA, and NOAA, and at our major universities. The best scientists in the world are all telling us that our activities are changing the climate, and if we do not act forcefully, we’ll continue to see rising oceans, longer, hotter heat waves, dangerous droughts and floods, and massive disruptions that can trigger greater migration, conflict, and hunger around the globe.”

The rebuttal video also eliminates this section at 44:51:

“As Americans, we respect human dignity, even when we’re threatened, which is why I’ve prohibited torture, and worked to make sure our use of new technology like drones is properly constrained. It’s why we speak out against the deplorable anti-Semitism that has resurfaced in certain parts of the world.”

Neither Speaker Boehner’s office nor the White House responded to the Daily Dot’s requests for comment.

House Republicans may not want to acknowledge that climate change is real, but their Senate colleagues will soon be forced to vote on it.

Watch the full, unedited 2015 State of the Union address below:

Update 2:43pm CT, Jan. 21: Commenting on the unusually edited version of the speech, Boehner spokesman Michael Steel told the Daily Dot, “It was inadvertent, and we are working with YouTube right now to figure out what happened.”