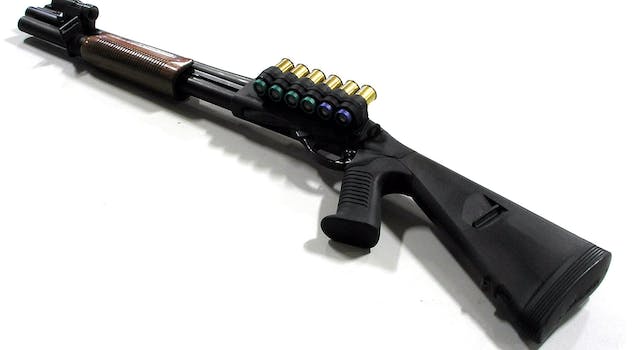 It was met with big headlines, but it's not that big a deal.

Anti-gun advocates across the country started the week with some good news: Remington, one of America’s largest and oldest gun companies, declared bankruptcy on Sunday. It’s tempting to see this as a beautiful bit of synergy: a gun company raises the white flag just after the wildly successful March For Our Lives. But, it isn’t that simple.

Remington’s bankruptcy was brought about in part because of the political realities of the present moment. After Sandy Hook, investors got skittish following a blitz of negative coverage, leaving the company cash-strapped.

Then the election of President Donald Trump prevented the traditional buying frenzy that comes with the election of a Democratic president. And Remington is facing lawsuits from the victims of mass shootings.

But this bankruptcy filing is meant to help the company continue making guns, not close their doors.

When the average person thinks about bankruptcy, they are probably thinking of Chapter 7 bankruptcy. Chapter 7 is sometimes referred to as “liquidation” or “straight bankruptcy.” Creditors can no longer contact you, and in exchange for this relief, you’re basically out of business. But that’s not the case with Remington.

Remington has filed Chapter 11 bankruptcy, which means that in exchange for some financial protections, the company will restructure with the help of attorneys and oversight of a judge. Chapter 11 is designed so that companies don’t go under. Chapter 11 will allow Remington to continue making guns.

Bankruptcy in America is largely built to protect businesses. Specifically, Chapter 11 bankruptcy is a way for companies to shield themselves when their fortunes turn. Some companies that have survived Chapter 11 include General Motors, Marvel, Delta Airlines, and Apple.

Remington’s bankruptcy declaration doesn’t mean they are out of money. Corporations and the wealthy often declare Chapter 11 so that they can potentially pay off their debts without selling off their assets. In this case, Remington is using bankruptcy protection to reduce their debt by $700 million, even though court filings state that the company has been $100 and $500 million in assets. Under this bankruptcy plan, a number of Remington’s creditors will exchange their debt for equity in the company. A promise of equity doesn’t necessarily mean getting back what you’re owed.

One of the ways that Chapter 11 helps a company stay in business is creating a pecking order of creditors. Those deemed “unsecured creditors,” meaning their claims are not secured by the company’s assets, are last in line. One of Remington’s creditors includes the city of Huntsville, Alabama. The municipality is owed $12.5 million from a deal around Remington’s opening factory there in 2014. Bankruptcy brings into question whether these creditors will ever see the money they owed.

Bankruptcy may be particularly appealing to a gun manufacturer because upon declaring Chapter 11, all lawsuits against them are put on hold. Remington is currently involved in a lawsuit with parents of some of the Sandy Hook victims. Bringing suit against a company in Chapter 11 adds several layers of complication, and mishandling the suit could invalidate a plaintiff’s claim. While the lawyers for Sandy Hook victims expect the suit to move forward, it is a very real possibility that some people Remington owes money may never see it.

During all of this, Remington gets to keep making guns. Company brass also believes that the company will emerge from the process and continue to produce firearms for the foreseeable future. Last month, as bankruptcy was looming, Remington CEO Anthony Acitelli said, “We will emerge from this process … to compete more aggressively and seize future growth opportunities.”

Remington sales have been in decline, but in part, the gun industry is a victim of its own success. Gun lobbyists certainly had a role in Trump’s election. Republican presidents keep the calls for stricter gun laws at bay, and gun manufacturers like that. However, gun sales drop precipitously under Republican presidents because it is more difficult to stoke fears about gun restrictions when NRA-friendly politicians are in power.

That isn’t to say that the fight against gun culture hasn’t had a very real impact on Remington’s bottom line. The gunman who killed 20 children at Sandy Hook Elementary School in Newtown, Connecticut in 2012 used an AR-15 made by Remington. Families of the victim filed suit against the company, some investors fled, and Remington had to borrow significant cash to stay afloat.

However, this doesn’t tell the whole story. In 2013, when gun control looked to be on the horizon, largely in part to the grassroots energy generated following Newtown, Remington sales surged to $1.3 billion. According to the New York Times, Remington expected a similar boost in sales with a Hillary Clinton victory. It looks like their projections (like almost every other gunmaker) relied on a Clinton victory. Trump won, sales dropped by a quarter, and many unsold guns were left in the warehouse.

Remington is not alone in these struggles. Colt and Smith & Wesson have also had financial difficulties as of late, without the imagined tyranny of a Democratic president to boost their sales.

Yes, Remington is in financial trouble. Yes, public outcry has hurt their bottom-line. But, the long-term impact remains to be seen. As Richard Feldman, president of the Independent Firearms Owners Association put it, “I suspect that if the Democrats make a resurgence this November, gun company stocks will come roaring back with them.”

The fate of Remington, unlike the school children who have died thanks to their products, is far from sealed.