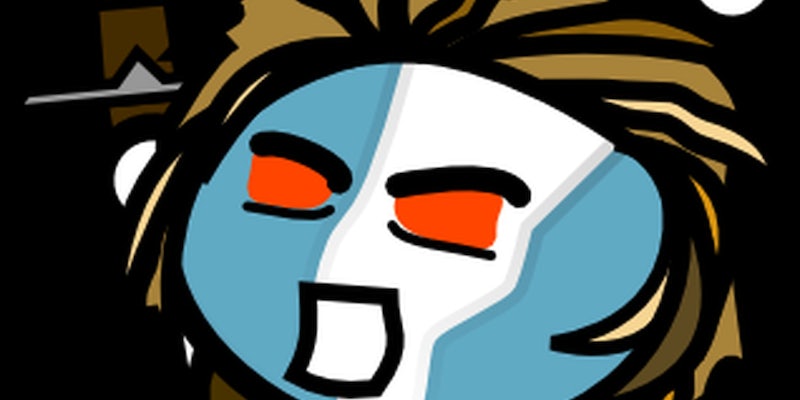 Back in black: Behind the scenes of Reddit’s bold SOPA protest

Congressional hearings don’t usually command the attention of a room full of computer engineers in the middle of a work day. But on Dec. 15, the staff at Reddit’s sunny San Francisco offices sat glued to a live feed of the House Judiciary Committee debating the Stop Online Piracy Act.

They were scared. The act, they knew, threatened the future of their company and industry.

“Seeing how gleefully ignorant the supporters were,” Reddit General Manager Erik Martin told the Daily Dot, “that sealed the deal.”

The deal? A blackout.

For 12 hours on Jan. 18—as cofounder Alexis Ohanian testifies on the dangers so of SOPA to congress—Reddit will go silent. As one of the most visited in the sites in U.S., with 2.5 million visitors every day, the decision makes Reddit the vanguard of the anti-SOPA fight.

The move doesn’t come lightly. Reddit will probably lose at least 30 million page views, and this will be the first time the staff has taken such a heavy-handed approach to make a point—something they’re wholly uncomfortable with.

“We feel Reddit’s at stake here,” Martin explained. “This is one exception.”

In a way, however, the social news site is just following in the footsteps of its own users. For months, Redditors have helped lead their own online information campaign against SOPA. The first major salvo came in early November when redditor Sevsquad created a petition on the official White House website and promoted it across the Reddit. Called “Stop the E-Parasite Act,” Sevsquad’s petition eventually amassed more than 50,000 signatures

“The Stop SOPA petition I truly think could change something since it has not yet become a law,” Sevsquad wrote on Reddit. “Call me an optimist.”

Soon bigger targets were landing in redditor’s sights. In December, users spearheaded a campaign to boycott Web hosting company GoDaddy, which had come out publicly in support of SOPA. GoDaddy quickly reversed its stance. Earlier this month, pressure from Reddit helped force representative Paul Ryan (R-WI) to officially denounce the legislation. And over the weekend, a redditor-made app that makes boycotting pro-SOPA companies as easy as scanning a barcode, hit the Android marketplace.

Important as they were, those victories were mostly symbolic. Martin and Reddit’s staff members are “scared,” he said. And for good reason.

SOPA has come under such intense scrutiny because it gives the federal government the authority to censor websites allegedly involved in illegal file-sharing. Ostensibly, the bill should only affect foreign websites such as The Pirate Bay. But as First Amendment lawyer Marvin Ammori has noted, American sites are hardly safe from SOPA’s anti-piracy fingers. Under the legislation’s anti-circumvention measures, it would be illegal to provide tools to access banned websites.

“Reddit is most likely to be illegal under the second category as anti-circumvention,” Ammori told TorrentFreak earlier this month. Ammori added on his blog:

At least some people will tell you where to find The Pirate Bay, and they will use their Facebook status, their Twitter posts, their Tumblr, their blog on WordPress or Blogger, a Youtube video, or a webpage indexed by Google to do it ….The language is pretty vague, but it appears all these companies must monitor their sites for anti-circumvention so they are not subject to court actions

Last month, Wikipedia founder Jimmy Wales suggested the free encyclopedia conduct its own blackout in protest. (Though Wales has made no commitment yet, Martin said his post inspired Reddit to go ahead with their own plan).

Martin acknowledged that Reddit’s blackout looks like little more than “preaching to the choir,” considering how important the site’s users have been in the online debate. But that’s missing the bigger picture, he said.The move is designed to get attention, not rile up the userbase. Martin said other tech companies, inspired by Reddit’s actions, have already contacted him, saying they’ll go dark, too. (He wouldn’t reveal which.)

“We want to make it impossible not to cover it,” Martin said.