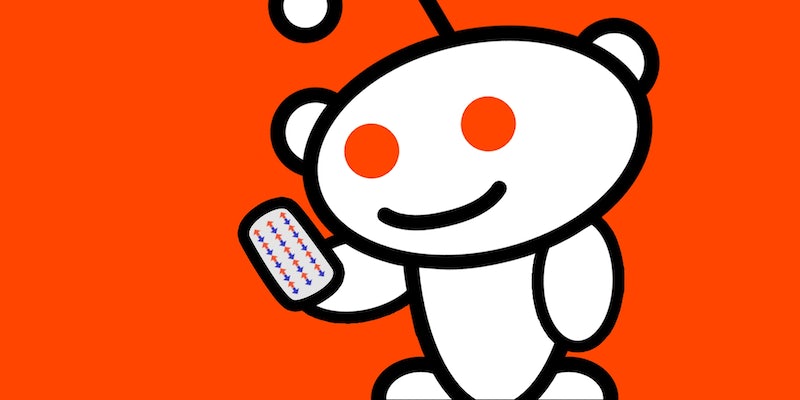 Reddit is finally working on an official mobile app

Is this three years too late?

With its nine-year anniversary around the corner, Reddit is preparing a long-overdue gift for its users in the form of a mobile application.

“The world is going mobile, and so is Reddit,” human resource generalist Nicole-Jasmin Clark (taxidermyunicornhead) wrote on r/forhire. “We’re hiring developers to help us build and maintain apps to highlight great content from Reddit for a broader, global audience. Our focus is on making it easier for people to find great content on reddit through mobile apps, clean design and machine learning.”

Reddit is looking for someone who can program Java skills (for Android) or Objective C (for iOS or Mac apps), design, and create algorithm-based recommendations.

The gig was posted on r/forhire on Monday afternoon and is based in San Francisco.

This is the second time the social news site has attempted an official app. The first iPhone app was called iReddit and was launched in January 2011 for free. The app floundered for nearly six months with issues ranging from lousy search functions to missing buttons. By June, the launch of the third-party app AlienBlue made iReddit obsolete.

Today, AlienBlue is the best Reddit iPhone app on the market. For Android, that position was filled in December 2011 by BaconReader. Those apps have been downloaded hundreds of thousands of times combined, which begs the question: Is there room for another one?

“The time for [an official Reddit app] was before excellent apps were available on all major platforms,” lodc commented. “The right thing for now is to work with the existing apps and provide those devs better docs/APIs/assistance to make their apps even better.”

Reddit programmer Keith Mitchell (kemitche) encouraged any third-party app developers to apply for the position, adding “they’d certainly be at the top of our list.”

“But we can’t force them to apply, drop everything about their current lives, jobs, families, etc, and move to SF to work at reddit,” Mitchell said. “So we’ll continue to work closely with them and look for other mobile devs at the same time.”