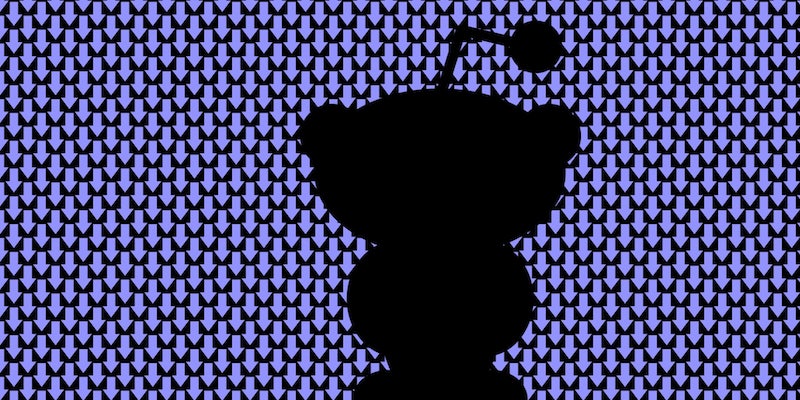 Even if the cause isn't explicitly sexism, this doesn't look good for Reddit.

Reddit is about to become even more of a boys club.

Jessica Moreno, Reddit’s head of community, is set to become fourth female senior executive to leave the site in less than a month. She started Reddit’s popular gift exchange with her husband, Dan McComas, who left the company before her.

Reddit, the self-described “front page of the Internet,” has long been one of the Web’s more popular destinations, but its more than 160 million unique monthly visitors are overwhelmingly male. Reddit has earned a reputation for being an inhospitable place for female users.

Beginning in July, Reddit also seemed to be an inhospitable place for female senior employees.

It began with Director of Communications Victoria Taylor’s departure, an extremely controversial move that led the moderators of many of the site’s biggest subreddits to shut their doors in solidarity.

Many redditors blamed Interim CEO Ellen Pao for Taylor’s apparently voluntary departure. Their discussions often referenced Pao’s race and sex, and they frequently brought up the fact that she had recently lost a gender discrimination lawsuit as evidence that she would “sue her way to the top.” Some of them even created a popular petition for her to step down.

After Pao publicly resigned four days later, Reddit cofounder Alexis Ohanian said that he, not Pao, had made the decision to let Taylor go. A few days later, Chief Engineer Bethanye Blount left the site, citing a concern about the company’s future, not sexism.

Moreno didn’t respond to the Daily Dot’s request for comment, but she wrote on Reddit Tuesday that her departure “has to do with my own life outside of work and nothing internal at reddit. It has nothing to do with the policy changes or being a woman.”

“I have really loved being with reddit and I’m sad to go,” she added. “Staying just doesn’t work with the rest of my life right now.”

In a statement provided to the Daily Dot, Reddit said that Moreno would stay on temporarily and that her final departure date hadn’t yet been determined. The company did not respond to a question about whether it had a problem retaining women at its upper echelons.