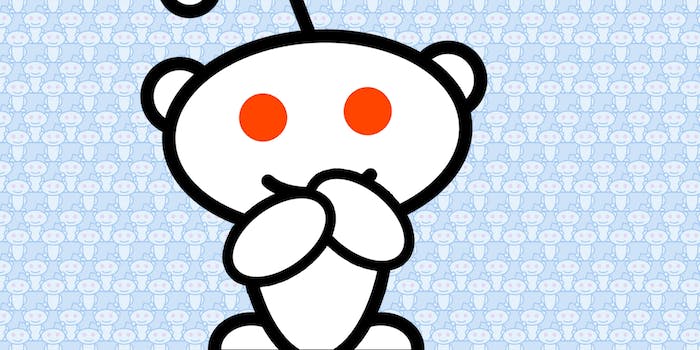 If you’re a redditor, you may think you know everything about the social news site—from its NSFW inside jokes and its failed celebrity AMA (Ask Me Anything) sessions to the endless internal squabbling.

But although the site looks simple, it’s packed with hidden features.

We already know that typing in the Konami code sends bacon flying across the screen. We’ve heard of the Century Club for Reddit’s karma kings. We’re even aware that the site began with a bevy of fake accounts.

So what else can we learn?

1) Use a “+” to increase your chances of browsing Reddit at work.

Since Reddit is a known black hole for productivity, many companies have elected to block it. But by including a + after the URL (reddit.com/r/IAMA+ instead of simply reddit.com/r/IAMA), it’s possible to bypass your company’s filters.

Obviously, Reddit has a very distinctive appearance, especially in communities like r/nosleep. Thankfully, there are several sites out there that disguise Reddit as everything from a MS Word document to MS Outlook email to even lines of code. Just, you know, make sure you actually work with such programs at your job, lest your supervisor at Google catch you fully engrossed in your Outlook account.

3) Highlight text to quote it.

You don’t need to laboriously type out the extra “>” character to quote a line or two of text. Instead, highlight the text you wish to quote before hitting reply to have it inserted into the comment field automatically.

According to redditor ghost_of_tuckels, a submission with only ten upvotes is valued just as much as one with hundreds of upvotes. Theoretically, you could submit a link and upvote it with 10 or 15 different accounts to help its visibility, then sit back and let the karma roll in. Don’t do that, though. Mods can figure it out.

If you don’t feel like scrolling (or clicking through) a community’s endless pages, simply place a “p” at the end of reddit in the URL (redditp.com/r/pics instead of reddit.com/r/pics). This allows you to see a slideshow of the submissions.

We know, it’s shocking that a group of guys who began Reddit with a series of dummy accounts created solely to upvote the content are close-knit. The extreme closeness of the mods and admins was all revealed in a leaked conversation from a private room that was never meant to see the light of day. So remember this when you piss one of them off.

7) The pi symbol tells all.

You’ve likely spotted the pi symbol in the bottom right-hand corner of your screen while browsing. By hovering your cursor over it, you can get information on the server that delivered the content to you. Similarly, by hovering over the text “a Reddit community for XX months/years” text in a subreddit’s sidebar, you will be presented with the exact date and second that the community was created.

If you are a karma whore, it’s best that you avoid posting to the likes of AskReddit, AskHistorians, NoSleep, and other text-based communities. Only images and external links will increase your submission karma.

9) Beware of the tricks that “subreddit style” can play on your account.

No, accessing r/ninjas did not wipe out your screen. And no, you do not have new mail when visiting r/Unexpected.

10) Turn your posts into poems.

Hit double space, then return, after a line, and your posts turn into stanzas like this one:

11) Redditors are not who you think they are.

The best hidden feature of all: Not every Reddit user looks like you. Obviously, the stereotypical redditor is envisioned as a white, male, out-of-shape, pasty-skinned, shut-in virgin with a permanent chip on his shoulder and crippling social anxiety. However, as with any other community boasting millions of users, redditors come in all genders, shapes, sizes, and mental health measurements. Keep this in mind before judging your fellow redditor.