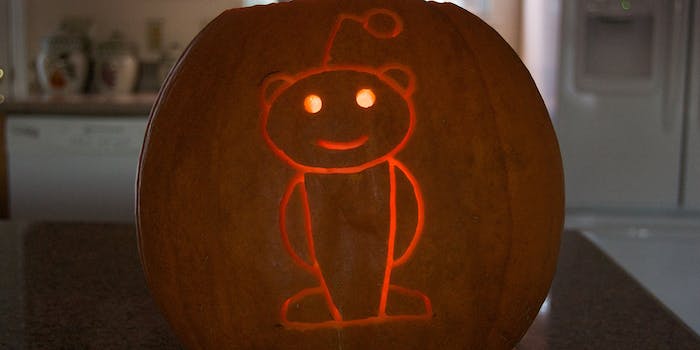 On Wednesday, Reddit issued an update to its official content policy and, in the process, banned a handful of racist communities the social news site’s management deemed harmful.

“Our goal was to consolidate the various rules and policies that have accumulated over the years into a single set of guidelines we can point to,” wrote Reddit CEO and co-founder Steve Huffman in a post. “This is not the last time our policies will change, of course. They will continue to evolve along with Reddit itself.”

The biggest formal change is the creation of a category of “quarantined” subreddits, which will only be accessible to redditors who explicitly opt into being able to see them. “We will quarantine communities whose content would be considered extremely offensive to the average redditor,” wrote Huffman.

One subreddit that has been placed under quarantine is r/KikeTown, a community dedicated to anti-Semitism. While this subreddit is still accessible, users have to click through to a page acknowledging they wish to see its “shocking or highly offensive content.” 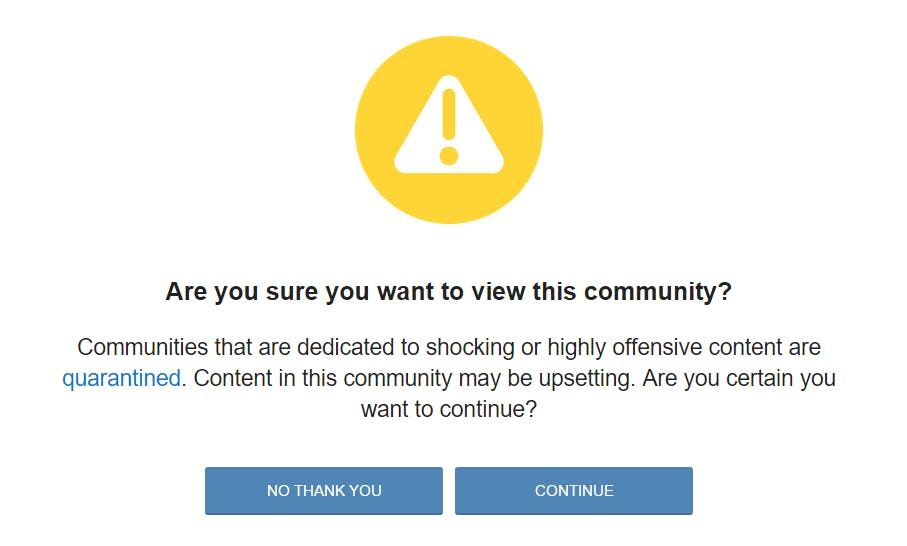 Accessing a quarantined subreddit will require an account with a verified email address. Once inside, users in those communities will be prohibited from posting custom images. The subreddits will also not generate any revenue for the site—either in the form of third-party advertisements or Reddit gold, where users effectively give a small donation to the site in honor of another user posting something cool.

Representatives from Reddit did not immediately respond to questions about what communities, if any, have been quarantined.

This announcement came the site’s administration closing a handful of subreddits that, according to Huffman, “exist solely to annoy other redditors, prevent us from improving Reddit, and generally make Reddit worse for everyone else.”

The most high-profile of those communities was r/CoonTown, an openly racist community dedicated to mocking African-Americans. 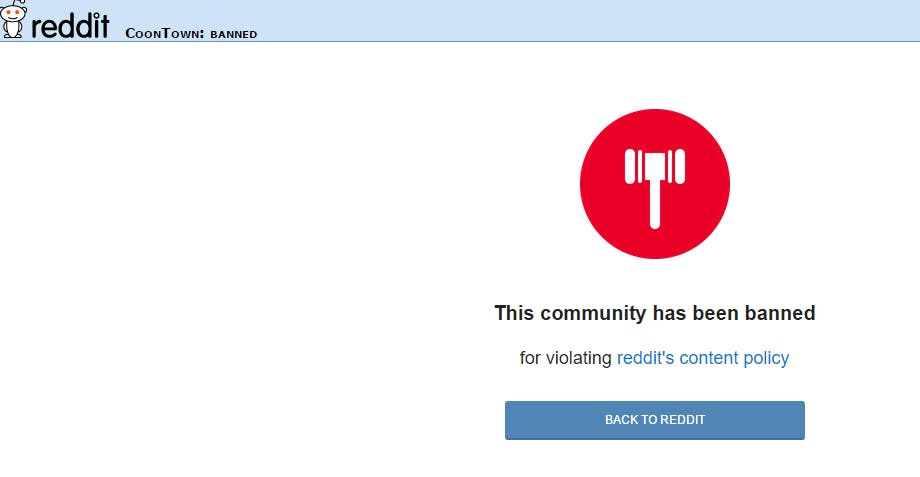 The decision to shutter r/CoonTown and similar communities is a reversal of a policy spelled out by Huffman earlier this year, which indicated r/CoonTown would be allowed to remain on the site as long as its denizens didn’t collectively harass other users.

Even well before Wednesday’s ban, many denizens of r/CoonTown have already migrated much of their community over to Voat, a Switzerland-based Reddit clone that has actively positioned itself as an alternative to Reddit with a more laissez-faire attitude toward extreme content. Voat has its own CoonTown community, which was up in arms after the shuttering of its Reddit cousin.

This move on the part of Reddit’s management is part of an ongoing effort to clean up many of the seedier elements of the self-proclaimed “front page of the Internet.” In June, the company closed five subreddits it viewed as hives for harassment—most notably r/FatPeopleHate, where users made fun of pictures of overweight people, a practice Reddit’s admins saws facilitating the direct harassment of many of the people pictured.

Interestingly, Huffman commented one practice that many view as a problematic from of harassment on the site isn’t being addressed by outright bans is brigading. Brigading occurs when users active on one subreddit see a post, or collection of posts, on another subreddit whose content they disagree with or find offensive and then downvote it to oblivion.

“For the the time being we believe that brigading is best fought with technology, which we are actively working on,” wrote Huffman.

Developing the technology required to give the unpaid, volunteer moderators the tools they need to manage the site’s innumerable subreddits is something likely to prove tricky.

Earlier this year, the termination of popular Reddit employee Victoria Taylor led to a critical mass of those moderators going on strike in protest. More than 1,400 subreddits were taken into private mode, where visitors couldn’t access them. This protest led to the resignation of Interim CEO Ellen Pao. However, the firing of Taylor was just the straw the broke the camel’s back. In the midst of the strike, the Daily Dot queried the moderators of popular subreddits, such as r/ExplainLikeImFive, who largely said their biggest problem with Reddit’s management was the site’s failure to give them the technical support necessary to keep an unending flood of trolls from rendering their communities unusable.

Reddit’s leadership has repeatedly pledged it would devote more resources to improving moderator tools; yet, Chief Engineer Bethanye Blount quit mere days after Pao’s departure, because she felt unable to “deliver on promises being made to the community.”

“I feel like there are going be some big bumps on the road ahead for Reddit,” Blount told Re/code. “Along the way, there are some very aggressive implied promises being made to the community—in comments to mods, quotes from board members—and they’re going to have some pretty big challenges in meeting those implied promises.”

In what may be the clearest sign that Reddit is attempting to shed its immature, adolescent image, Huffman explained the company is finally going to begin capitalizing its name in its formal communications:

Photo via Casey Fleser/flickr (CC BY 2.0)