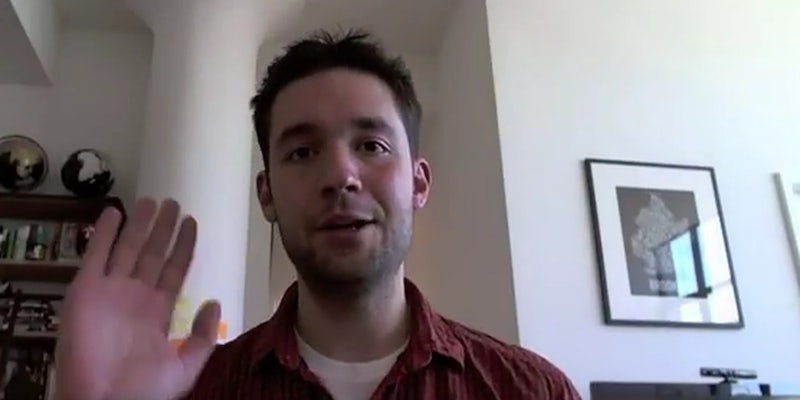 Alexis Ohanian took to YouTube to personally urge followers to voice their disapproval of a controversial bill.

The cofounder of social news site Reddit says legislation discussed before the U.S. Congress threatens the future of the social Web.

In a video posted to YouTube and shared on his Twitter and Google+ pages, Alexis Ohanian pleaded with his followers to fight the Stop Online Piracy Act (SOPA), which the U.S. House of Representatives debates on Friday.

Supporters of the act say it will help stamp out online piracy. Ohanian and many others in the tech world, including Google, Yahoo and eBay, say the legislation amounts to censorship and could cripple the Internet. Other social networks, including Twitter and Tumblr, have staged censored protests against the bill.

“A ton of us New York tech founders showed up on Saturday to discuss what we could do to make sure this bill does not pass because, it threatens not just our Internet but our livelihoods,” Ohanian says in the video.

Reddit, which sees 30 million unique visitors a month and often helps drive news and conversation online, would never have existed if SOPA had been around six years ago, according to Ohanian

“It’s not just Reddit,” Ohanian says in the video, “It’s every single other social media site out there would be threatened by this bill.

“It’s something we simply cannot afford to do from an economic standpoint. The tech sector is one of the few vibrant parts of the community right now and one of the few places where we out-compete the rest of the world.”

Ohanian urged his followers to call their representatives.

Redditors themselves have helped lead the public relations fight against SOPA. Last month, the site’s r/technology section helped gather 50,000 signatures for a petition against the legislation on the official White House site.

Just this morning, they took up the quesiton posed by Ohanian in his video: Would SOPA mean the end of Reddit?

“Probably,” redditor RorschachsMask’s wrote, “because SOPA allows them to hang a website for ONE copyright infringement. Therefore, that new kid who posts a torrent to Skyrim? We’re done.”