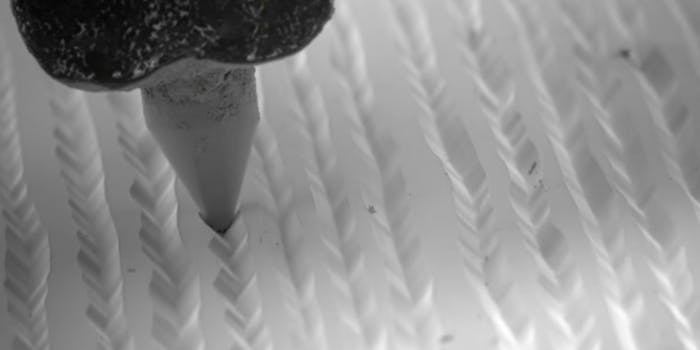 Music has magical powers—if you don’t believe me, just ask this kid—and the way a relatively low-tech device like a record player creates it can be equally mystifying. Using a scanning electron microscope, Applied Science has created a fantastic breakdown the technology, complete with stunning videos of a record needle performing its all-important task.

Most people know that a record player reads its data via the groves in a vinyl record, but you’ve probably never seen the process play out at a microscopic level.

That’s because making a video like this isn’t as simple as just sticking a record player into an electron microscope chamber. It’s a complicated process of not only cutting the scanned objects down to size, but also coating everything in a conductive substance so that it actually shows in the scan.