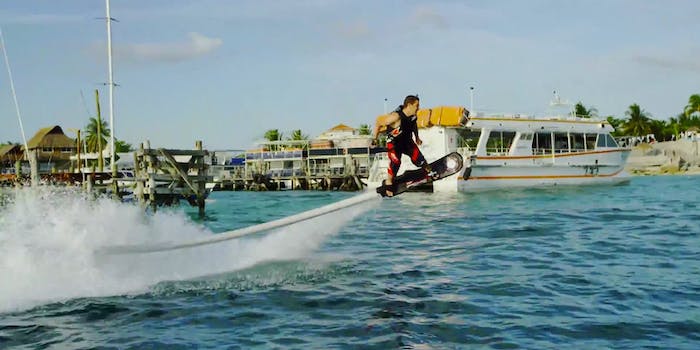 Live out your ‘Back to the Future’ fantasies with this hoverboard

They work on water, so they already have a wave up on the originals.

Even though it’s not likely to happen, many of us still want the hoverboards featured so heavily in the Back to the Future trilogy. This might be a great consolation prize instead.

Devin Graham teamed up with Frankie Zapata and took some flyboards and hoverboards out to play in Cancun. Even though they’re not supposed to make an appearance for another year or so, everything seemed to work out OK without the space-time continuum going out of whack.

And hey, they work on water, so they’ve got a wave up on the originals.

Now when can we expect some that work on the ground?