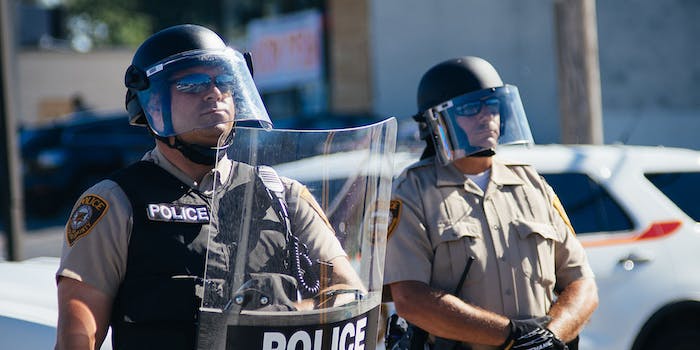 The world’s eyes are focused on Ferguson once again.

Missouri Gov. Jay Nixon on Monday declared a state of emergency in the Missouri city as authorities prepare for a decision from a St. Louis grand jury on whether police officer Darren Wilson will stand trial for the shooting death of 18-year-old Michael Brown.

Prosecutors have said a decision could come in mid-November—so it could drop any day now. As businesses and residents in the heart of the city feel exhaustion after three months of unrest, the city is bracing for the worst.

While we wait to see what will happen moving forward in Ferguson, it’s worth taking the time to look back at what’s made the city a powder keg in the first place. Research and visulizations from Silk.co utilizes data from the Ferguson Police Department and U.S. Census to help illuminate the clearcut lack of racial equality before the law.

Despite whites being found with more contraband, blacks are searched and arrested more often.


The racial disparity extends to vehicle searches, where black drivers are over-represented in statistics everywhere in the city except interstate highways. Here are the numbers on vehicle stops per race:


The next graph shows us the racial disparity in vehicle stops by comparing search and arrest records with population statistics. In nearly every case, blacks are targeted more than any other group.


A search and arrest disparity index once again reveals the over-representation of black people as the focus of police action.