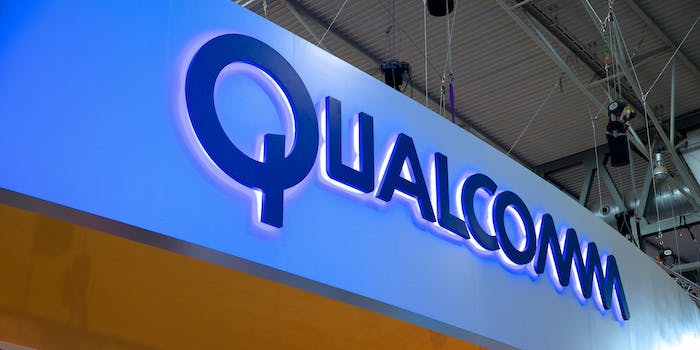 The smartphone component maker is joining the race.

Qualcomm, the company best known for its smartphone components, is throwing its hat in with other tech giants to produce the first wave of self-driving cars.

The chipmaker gained permission from California to begin testing autonomous vehicles on public roads. It now joins the ranks of Uber, Google, and a swath of automakers that have been at it for years.

“We certainly expect to be a key player in the autonomous space,” Nakul Duggal, Qualcomm’s vice president of product management for automotive, told CNBC.

The permit was granted to Qualcomm by the Department of Motor Vehicles on Dec. 12 for a single vehicle with three drivers, a spokesperson told CNBC. The company didn’t disclose any information on future products that could be used for autonomous driving. However, we know it has been conducting tests on private roads in San Diego County near its global headquarters. It will continue testing in Michigan, China, Italy, Germany, and Japan, where varying road conditions and rules could prove tricky.

Intel, one of Qualcomm’s chipmaking rivals, collaborated with Waymo to put its computing technology inside Chrysler Pacifica minivans. It is expected to launch a peer-to-peer service like Uber in Pheonix in the coming months. Even Nvidia, the company famous for producing high-end graphics processors, wants its technology to be the eyes of self-driving vehicles.

There are hints as to what Qualcomm may have planned for the future. In September, Qualcomm unveiled its 9150 C-V2X chipset that enables vehicle-to-vehicle communication, or when cars “talk” to each other, relaying important information like hazardous road conditions and traffic. V2V, which the Department of Transportation (DOT) believes could reduce the severity of collisions by 80 percent, recently hit a roadblock when the Trump administration halted a mandate that would force all new cars to include the tech.

Even without the mandate, automakers will be looking to put V2V systems in their vehicles to enhance their safety and convince customers that it’s OK to take their hands off the wheel.