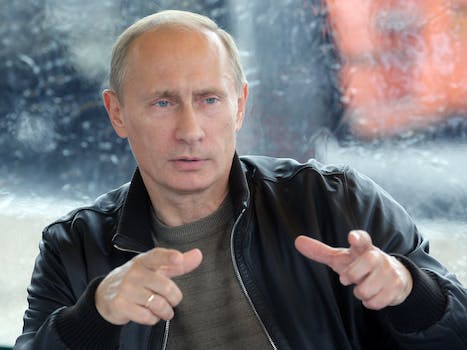 Where is Vladimir Putin? The Internet has some theories

Is Vladimir Putin ill, dead, or visiting his mistress in Switzerland?

Russian president Vladimir Putin has not been seen in public for more than a week, leading to rampant speculation about his health and whereabouts.

According to the BBC, his last confirmed appearance was on March 5. Given that Russian state media thrives on a constant diet of all things Putin, this is an astonishingly long time to go without a sighting.

The rumor mill is going into overdrive as a result, with people theorizing that Putin might be sick or even dead, that he’s visiting his pregnant girlfriend in Switzerland, or that his disappearance might have something to do with the death of Russian politician Boris Nemtsov. The Kremlin released photos and footage of the president attending meetings on Friday, but many people believe they are misleading, or were taken before March 5.

Russian officials have denied rumors that Putin is having health problems, with press secretary Dmitry Peskov saying, “his handshake is so strong he breaks hands with it.” Unfortunately for the Kremlin, these denials are doing little to quell the gossip. With Putin canceling numerous events and virtually disappearing from the public eye, it’s easy enough to buy into the latest rumor. And after nine days, there are a lot of rumors to go round.

The #PutinIsDead hashtag became a semi-satirical meme on Russian social media last week, exacerbated by the Kremlin’s inability to explain where Putin has gone.

But despite what some conspiracy theorists might say, it’s difficult to imagine the Kremlin keeping a secret like this for ten days. There’s a big difference between side-stepping PR questions about Putin’s health and actively covering up the death of a world leader.

The two most popular health-related theories are that Putin has had a stroke, or that he simply has the flu. The stroke theory comes from the rather unreliable source of a Russian political blog, while the flu theory is backed up by a CIA source over at Gawker. Coming in at a distant third, some people believe that Putin is actually recovering from plastic surgery.

Illness is the most plausible explanation for Putin’s disappearance, but if it’s true, the Kremlin has fallen victim to its own PR. Putin’s image is so reliant on his physical strength that admitting to an illness would be seen as a sign of weakness. It’s hard to seem like a ruthless badass if you’re a 62-year-old man who was just taken out of commission by the flu.

Swiss newspaper Blick reports that Putin is in Switzerland, witnessing the birth of a child by his alleged girlfriend Alina Kabaeva, a former gymnast. Kabaeva has been linked to Putin for several years now, but the relationship has never been officially acknowledged by the Kremlin. Obviously the rumor of Putin visiting her in a private Swiss clinic has also been denied by press secretary Peskov.

In what may be the most outlandish of the Putin-related rumors, some commentators think that the president has been ousted in a secret coup.

Outlets including the Daily Mail and the Mirror—both tabloids—have reported quotes from Russian philosopher and political activist Geydar Dzhemel, who said that he thinks Putin has been “neutralized.”

“He is under the control of the power-wielding agencies, who have, in my opinion, organized a coup d’etat.”

The idea that major news outlets are even floating this theory is disturbing enough in itself.

Supposedly, Putin will appear in public on Monday. He’s due to meet with President Almazbek Atambaev of Kyrgystan to discuss an Eastern European trade bloc including Armenia, Belarus, and Kazakhstan. Since this meeting has already been announced by the Kremlin, another public cancellation would surely add fuel to the rumors we’ve heard so far.

Update 9am CT, March 16: Putin’s back, though it’s still unclear where he was for 10 days.

Photo via Kremlin/Wikimedia (CC BY 3.0)