We found Prince’s original Love Symbol font, and here’s how to use it

The Love Symbol will live on for eternity.

On Thursday morning, legendary musician Prince passed, leaving a nation of fans in mourning. His music and image will undoubtedly live on in many forms, but if you’d like to keep a tiny piece of his digital legacy on your computer, you can install his original, cherished Love Symbol as a font. 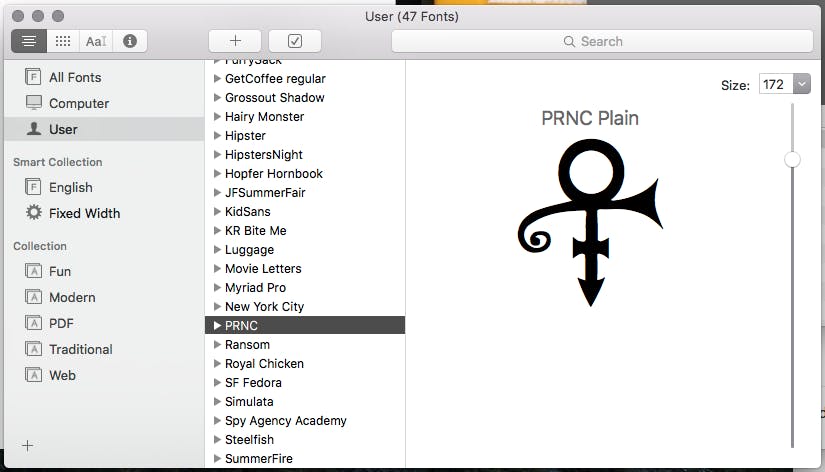 In 1993, Prince made a much publicized name change, trading “Prince” for an entirely new symbol that would later be referred to as “The Love Symbol.” The change made life a living hell for both journalists trying to write about him, as well as his label, Warner Bros., which had to mail out floppy disks with a text file so that reporters could refer to Prince by his chosen moniker.

Today, the original font file is actually quite difficult to track down, and while there are plenty of lower-quality “Love Symbol Character” images out there, the original glyph is virtually impossible to find online.

I say virtually impossible because I stumbled across the original version of the font install file hidden somewhere I didn’t expect: the Prince Interactive game software that was released way back in 1994. 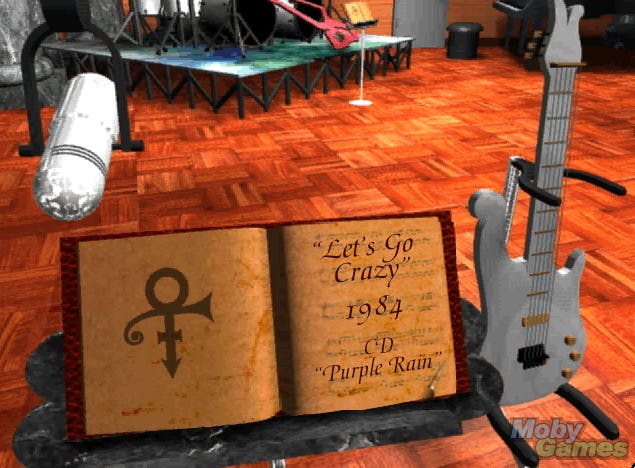 Prince Interactive was a adventure game hybrid in a similar vein to David Bowie’s ultra-obscure BowieWorld. It was a point-and-click exploration simulation where you could walk around, look at strange puzzles and art, and immerse yourself in a virtual Prince paradise. It also came with an album of unreleased tracks and an interview.

The game itself is long since obsolete, and unplayable on any modern computer without some funky emulation tricks. But tucked away in the software files is a folder labeled simply “FONTS.”

Inside the FONTS folder is a single file called PrncTrue, like a time capsule straight out of 1994. PrncTrue is a Font Suitcase file, which is a file type that has long since been replaced by other font install formats.

The file throws errors and warnings when trying to install on most modern machines, so I dug around for font conversion tools, eventually using Resource Finagler to extract a TrueType Font file from the Suitcase file, followed by Typelight to rename and save the file in a way that wouldn’t produce error messages. 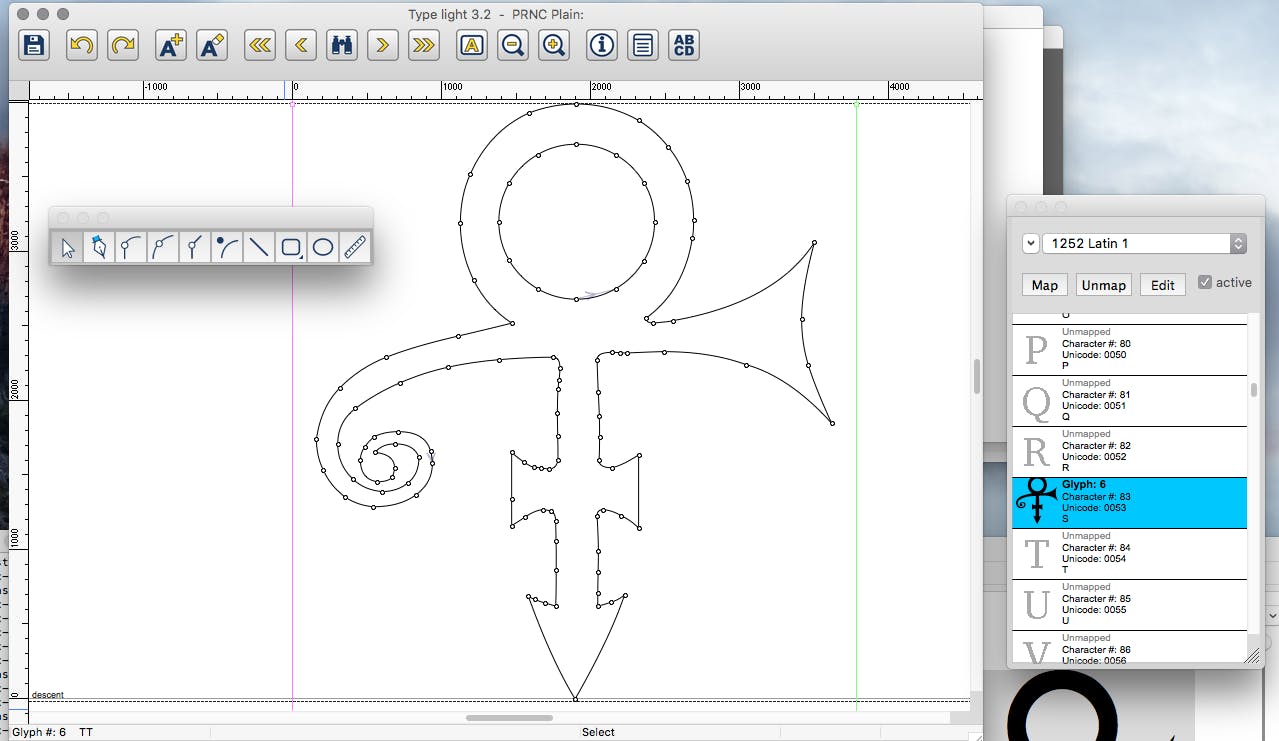 The result is a single .TTF file that can be installed universally on both OS X and Windows computers with just a couple of clicks. Just like the original font file, there is just one character in this font library: Prince’s original Love Symbol, perfectly preserved from 1994.

You can download the converted file from a Dropbox folder we’ve set up specifically for this purpose.

We’ve already done all the hard work, so once downloaded, simply double click the .TTF file and click “Install.”

Once installed, you’ll notice that the font itself is totally normal, except for the capital “S,” which has been replaced by the Love Symbol. When typing, use whichever font you desire, and when you want to use the Love Symbol, type a capital “S,” highlight it, and then change its font to “Prince.” 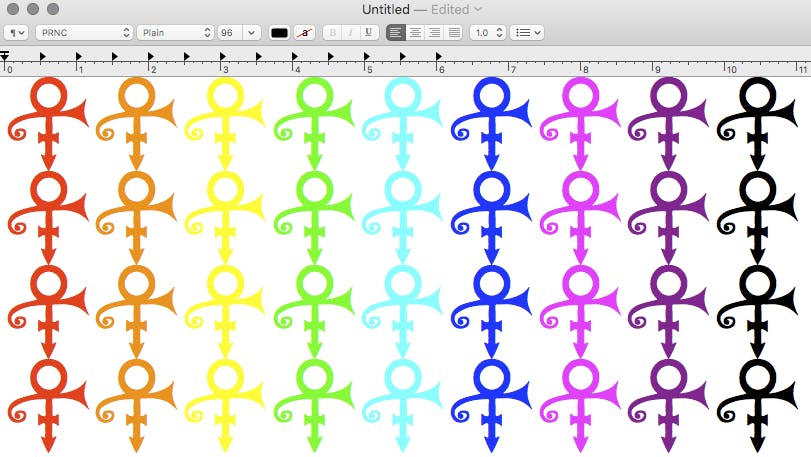 If you have trouble finding the font on your list, be sure to check under “All Fonts” rather than just English fonts, because Prince’s symbol is not bound by language.

That’s it! Your computer now holds a small piece of Prince history.