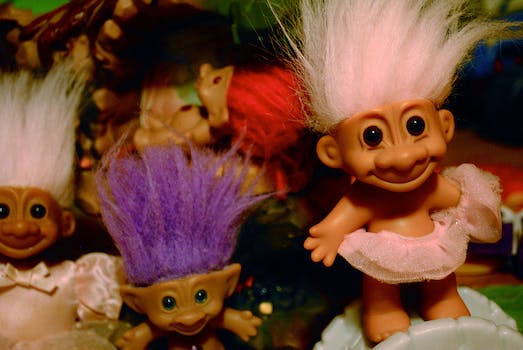 As the notorious "copyright trolls" affiliated with Prenda Law Firm gear up to appear before a judge to explain themselves, things are just not going their way.

As the notorious “copyright trolls” affiliated with Prenda Law Firm gear up to appear before a judge to explain themselves, things are just not going their way.

Because as the hour of truth nears, Prenda has had two different ploys flop.

Though they don’t appear before a judge until Monday afternoon, the eight Prenda lawyers and affiliates who are due are clearly already guilty in the court of public opinion. That’s because part of their business model is to accuse Americans of downloading copyrighted porn, then threaten to sue them and publish their name if they don’t pay up. And given that they only identify people through their computer’s Internet protocol (IP) address—which, as many judges and any Internet activist would tell you, isn’t necessarily the person thought to be behind it—it’s presumed that at least some recipients of Prenda’s letters are innocent.

Prenda’s first attempt, which came before Judge Otis Wright made his sudden decision for the firm to show up and explain itself, was to ask for a list of everyone who had visited two sites that routinely criticize the firm, Fight Copyright Trolls and Die Troll Die. Since both are hosted anonymously on WordPress, Prenda sent WordPress a subpoena “requesting all IP addresses” that visited the blogs since Jan 1, 2011, conveniently packaged in a spreadsheet.

But fortunately for the authors behind those two sites, the community of troll fighters who frequent them, law geeks, and Daily Dot reporters who visit those sites to keep up with the latest proceedings, WordPress sent them a resounding no. In a letter obtained by Fight Copyright Trolls, Paul Sieminski, who represents WordPress’s parent company Automattic, responded that “your subpoena is legally deficient and objectionable for numerous reasons” and “Automattic will not produce any documents in response to this subpoena.” Sieminski continued:

In addition to the numerous legal deficiencies that render the subpoena invalid, it is also objectionable on numerous fronts. […]

• Second, it violates the right to privacy under the California Constitution and common law, in that it seeks information relating to the websites that consumers visited.

• Third, it is facially (and outrageously) overly broad, in that it is not limited to information related to any alleged defamatory posts, but instead seeks the identity of any person who ever read the blogs in question.

• Finally, it seeks information that is not likely to lead to discoverable information, for the reasons enumerated above.

Prenda’s second move, issued late on Friday, was to try to convince Judge Wright to revoke, or at least delay, his order for them to show up Monday. Wright only issued his order Tuesday, giving the four Prenda affiliates who don’t live in California only six days to fly out west.

While it’s not clear that Wright had responded either way to Prenda’s request as of this writing, there’s several reasons to think it won’t hold water. First, Electronic Frontier Foundation Nate Cardozo, who’s representing Fight Copyright Trolls and Die Troll Die pro bono, told the Daily Dot that Prenda’s recent moves “are all highly unusual.” Second, as the legal blogger Ken at Popehat wrote, “The question of whether they had enough time to prepare to appear is the sort of thing that’s in the broad discretion of the court—though, if I were making that argument, I sure as hell wouldn’t have waited until Friday afternoon to make it, when it looks like gamesmanship.”

And third, ya know, Judge Wright is the one who issued the order in the first place.