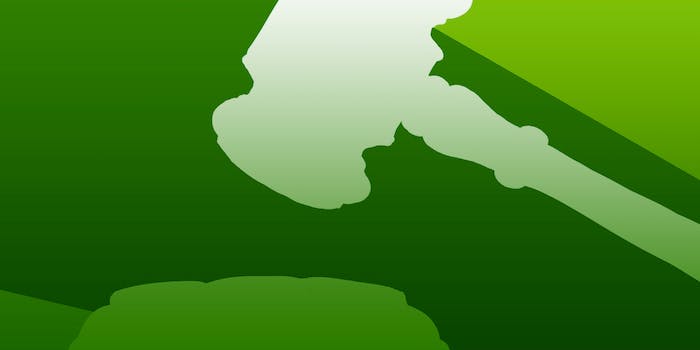 The smart money is on legalization.

As the U.S. Supreme Court gets set to make a potentially historic ruling on same-sex marriage in the coming days, gamblers are betting big on a pro-legalization outcome.

While thousands of gay couples plan weddings around the U.S., online prediction markets are leaning heavily toward a positive outcome for federal gay marriage. Just 13 states still outlaw gay marriage, a number that may soon fall to zero.

On PredictIt.org, a market where gamblers make legal bets on politics, 87 percent of of bettors are putting down money that the court will legalize gay marriage. Over 69,900 bets have been made on this decision alone since betting opened and, as the final decision approaches, nearly 1,000 bets are being made every day. 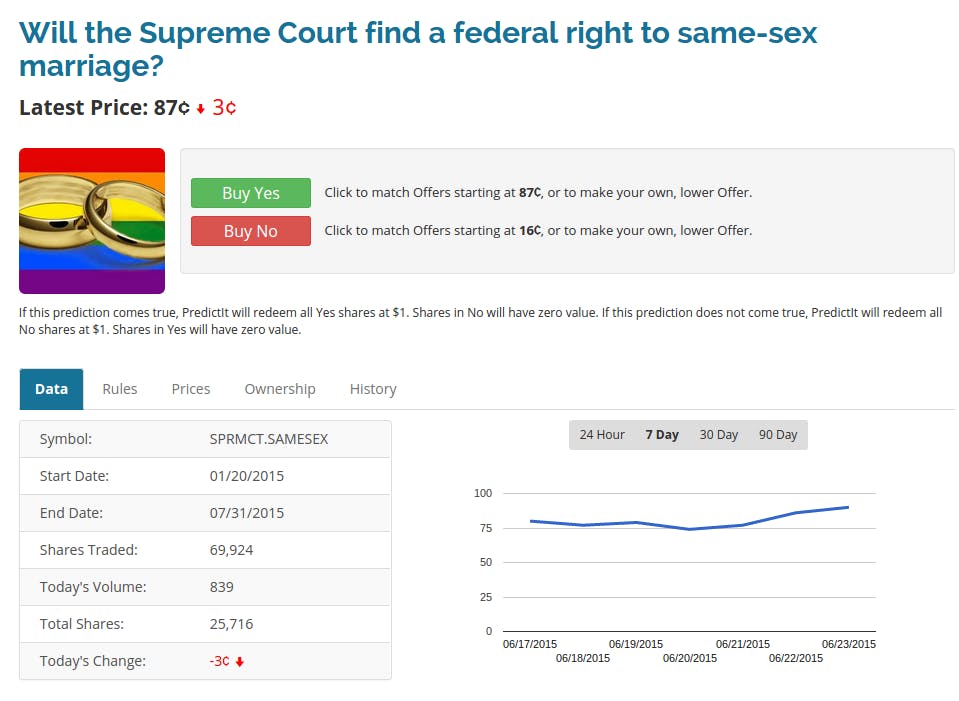 The majority of the money says gay marriage will be made federally legal in the decision, which is expected to come early next week.

Conservatives opposed to gay marriage are showing increasing anxiety about the upcoming decision, again hinting at a pro-gay marriage outcome. Conservative religious schools recently raised the issue that they feared they could no longer prohibit gay relationships while maintaining their tax exempt status.

An NBC/Wall Street Journal poll released Thursday morning found that majority support for marriage equality has remained relatively steady in the lead up to the Supreme Court decision, with 57 percent of respondents favoriting nationwide legalization of gay marriage.

Experts are predicting that Justice Anthony Kennedy—who has a crucial history of supporting gay rights—will be an important swing vote in deciding which way the court lands on the issue.