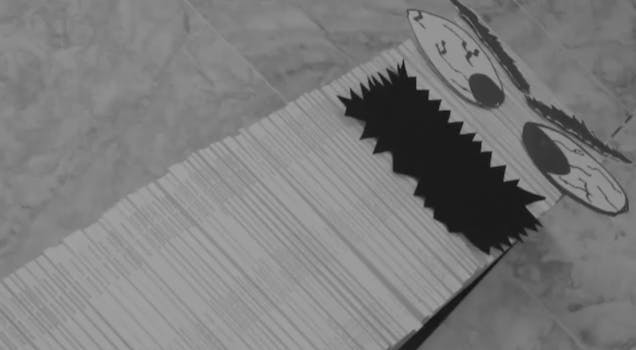 Politicians from both parties have a long, storied history of using social media—and especially memes—to push their agendas. Given how frightening American politics has become, it’s only fitting that members of Congress are latching onto Halloween with spooky messages about the other side.

Republicans got the ball rolling on Thursday afternoon with a video straight out of the black-and-white B-movie horror flick days.

Entitled “The Thing That Kills Jobs!,” this message from the House Financial Services Committee’s GOP majority is a Halloween-themed takedown of the Federal Register’s reams of rules. It uses the rampaging-monster vibe to spotlight the negative effects of government regulation, with scary music, panicked crowds, and long tracking shots of stacks of Federal Register documents.

Other Republicans joined in with admittedly on-point jokes about the terror of the Obama administration:

Happy Halloween! From ObamaCare to executive overreach to the IRS scandal, the last 6 years have been a real fright. pic.twitter.com/6wT1xJO9RT

Happy Halloween! RT if you agree it’s been a scary six years under the Obama administration. pic.twitter.com/nvMbxuPgut

The Republican National Committee, never one to miss an opportunity to tie Senate Democrats to the president, published this photo of RNC staffers reenacting their version of the midterm elections.

RNC Officials Dress Up For Halloween As Democrats Running Away From Obama http://t.co/tKGxjGjlQY #halloween pic.twitter.com/SeeD4p7OiF

While Republicans are usually the ones relying on a fear-mongering agenda, Halloween politicking is a bipartisan affair. Here’s what Democrats want you to worry about on All Hallow’s Eve.

#Bipartisan bills shouldn’t get buried in the Senate. This #Halloween let’s work to create #BetterJobsMoreOpportunity pic.twitter.com/kZNs5tiFno

Rand Paul, on the other hand, just wants you to see his Halloween doppleganger.