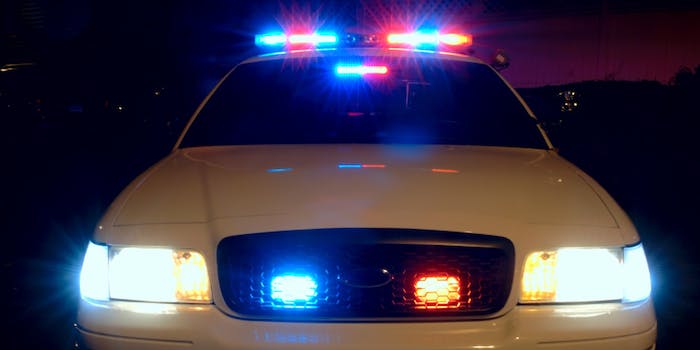 Police are collecting millions of photos of you in your car

Agencies like the DEA are using them for photos that have nothing to do with your license plate.

Police are amassing millions of photos of drivers on their daily commutes thanks to license plate readers that are photographing more than they were originally intended to. According to newly released documents—obtainable only after a Freedom of Information Act request was issued by the American Civil Liberties Union—the U.S. Drug Enforcement Administration is just one government agency that is using the databases of license plate photos to look at faces, rather than front bumpers.

These photos are obtained by the camera setups that snap images of every car’s license plate that passes for the purpose of tracking fleeing criminals or drug traffickers. But agencies like the DEA are using them for photos that have nothing to do with your license plate. According to internal communications, the DEA relies on huge databases of supposed license plate photos for images which “may include vehicle license plate numbers (front and/or rear), photos of visible vehicle occupants [redacted] and a front and rear overall view of the vehicle,” and provide “up to 10 photos per vehicle… including 4 occupant photos.”

That’s right, the camera systems put in place to read nothing but a license plate are snapping up to four photos of you—as the driver or passenger—every time you pass by them. It doesn’t matter if your license plate is scanned and cleared of any potential wrongdoing, because your photos will be stored in the DEA’s database regardless.

All your photos in one place

This national LPR database can be accessed at any time by a “requester” who works for a federal, state, or local law enforcement agency, and while a history of requests is being tallied somewhere, who is policing the police if the system is indeed being abused? Your guess is as good as mine, and more photos are being stored in it every single second.

At last check, there were nearly 350 million photos, and it’s likely much larger than that by now. If you happen to pass one or more of these hidden cameras with regularity, your day-to-day movements, schedule, routes to work and back home, and even who you carpool with is all sitting in a massive database that can be accessed by any law enforcement agency at any time.

If this all strikes you as a little bit like 1984, you’re probably not going to want to read this next bit: The company responsible for the technology behind the license plate recognition used by law enforcement agencies has added facial recognition to its license plate identification software. At the moment, this feature only appears to be available via a mobile app, but how long could it possibly be before it’s added right to the camera systems posted on public roadways? Pretty soon the U.S. government will have more photos of you than your Facebook page.