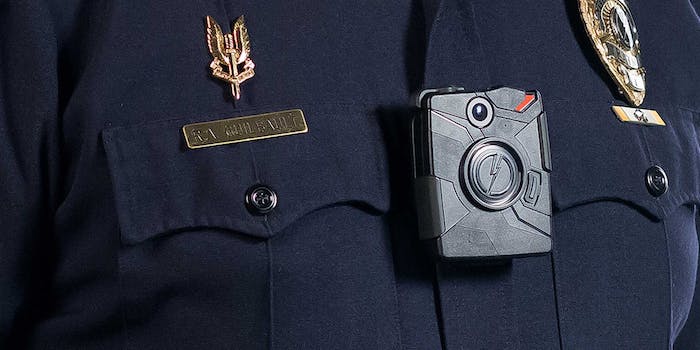 If not now, when?

The Aug. 9 shooting of Michael Brown by a Ferguson, Mo. police officer has renewed the debate over whether we should be keeping closer tabs on our law enforcement and, if so… how are we going to do that?

One of the most popular suggestions is to slap a body camera on every cop walking the streets of the United States, an argument which has its merits. But how feasible is that, and would it even matter?

There have been numerous studies as to the effects of equipping a police force with always-on body cameras, and the majority support the claim that it would indeed decrease the number of incidents involving questionable use of force. Perhaps the most popular of the research trials was conducted by a Cambridge University criminology fellow and took place in Rialto, Calif.

The experiment, which was carried out over 15 months starting in February of 2012, randomly assigned cameras to half of the 54 Rialto police force patrol officers at the beginning of each shift. In just the first 12 months of the study the overall number of citizen complaints against officers dropped by 88 percent, and reports of necessary force being used tumbled by 60 percent.

The officers themselves were polled about how they felt wearing the cameras, and while you might assume the cops would feel a bit like they were being babysat, it didn’t turn out that way. Officers also noted that when everyday citizens realized the police force was equipped with all-seeing cameras, they tended to be on their best behavior as well.

Arizona-based TASER International is one of the companies at the forefront of the personal camera movement. Its AXON body cameras were the ones used in the Rialto experiment, and the company currently manufactures cams that both fit on an officer’s body and attach to a pair of sunglasses. 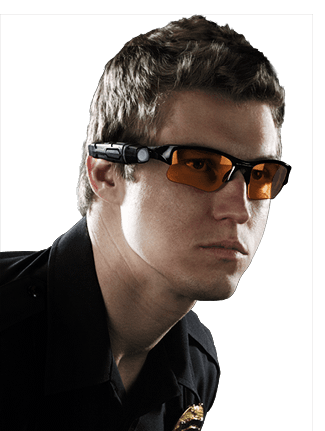 The camera systems are compact, they charge in the same way you’d charge your cell phone, they’re water resistant, and come equipped with batteries that will last a full 10-hour shift. In short, it’s pretty much the most straightforward way to see everything a cop sees, and it’s been proven to work.

But TASER isn’t the only player in this game, and that’s a good thing from a cost perspective. Their main competitor is Vievu. TASER’s cams range from $399 to $599, while Vievu’s are priced from $349 to $899. Neither is cheap, but when you consider that a GoPro can cost you as much as $500 or more, those price tags aren’t surprising.

Let’s review: The cameras work to reduce incidents in which a police officer might overstep his or her bounds, help keep citizens on their best behavior, and aren’t exactly complicated to use. So what’s the problem? Many would say “cost.”

Using the relatively small Ferguson Police Department as an example, let’s see roughly how much it would cost to outfit the force with cameras:

The Ferguson PD employs 54 officers, and while not every officer is on patrol at all times, if each were to be assigned their own body camera it would cost, at minimum, approximately $19,000.

Just one of the Lenco BearCat armored vehicles seen rolling around the streets of Ferguson during this week’s protests costs around $180,000.

According to the Ferguson city budget, the city’s police department budget for 2014 was $5.2 million.

Expanding the program to the entirety of the St. Louis area, the state of Missouri, and the whole of the United States would of course increase the cost dramatically, but in terms of a percent of a police force’s overall budget it’s not an unfathomable burden. In fact, thanks to reduced incident reports, decreased litigation expenses and fewer disciplinary actions, TASER claims that the initial investment can be recouped within the first year for a force of 100 officers.

If you’re waiting for a drawback to this type of program, don’t hold your breath. With a general distrust for law enforcement seemingly swelling, the technology to monitor it already developed, and multiple manufacturers helping to drive the price of cop cams down, now is the right time for this to happen.