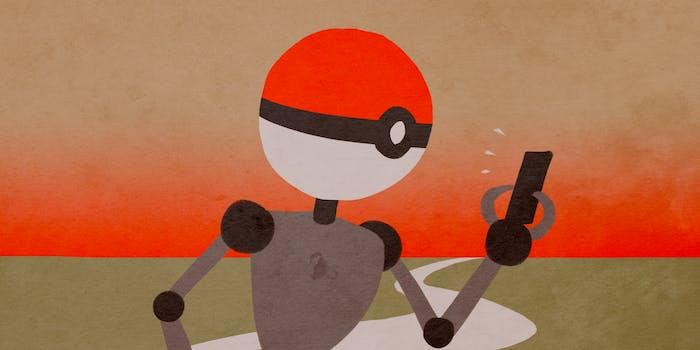 For $8, this automated Pokémon Go bot will catch Pokémon and collect items for you

This is undoubtedly the laziest way to catch 'em all.

If you’re obsessed with Pokémon Go, you’ve probably thought about ways to make Pokémon collecting easier and faster. You could walk around your neighborhood to hunt the digital monsters like you’re supposed to or you can employ more dubious means.

Cheating is already rearing its ugly head in a big way and tempting aspiring Pokémon masters, despite the app being out for less than a month. Now, there’s even an automated bot that will play the game for you, for a nominal fee of $8. 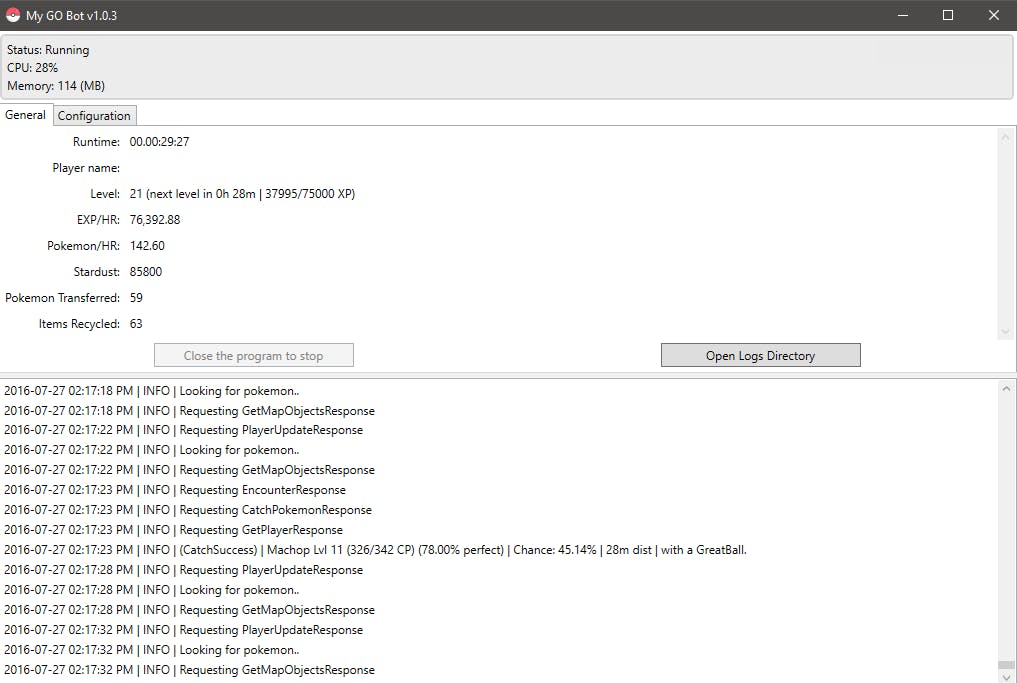 It’s called MyGoBot, and it’s the best Pokémon Go player you could ever imagine. It can travel anywhere in the world, farm PokéStops for Poké balls and other goodies, catch Pokémon with a single throw, and transfer dozens of creatures in a fraction of a second.

MyGoBot is a Windows application that can be downloaded on a free trial basis—which expires after three hours—or bought outright for an $8 lifetime fee. Once installed, you have to sync the program with your Pokémon Go account and then pick a set of GPS coordinates to start from. When you unleash the bot, it will travel around the pre-determined area, capturing every Pokémon and spinning every PokéStop it comes across.

You can tweak the bot’s settings to tell it exactly how to behave, including which Pokémon to keep and which to trade in, how fast it “walks” about the world, and even whether it should automatically evolve Pokémon when possible.

But as amazing as it is to be able to set a bot on a Pokémon-gathering spree for you, it really does nullify any enjoyment you’d get out of the experience. If you’re not catching your own Pokémon, then what’s the point of even playing? Oh, and there’s also the nasty bit about possibly (probably?) being perma-banned for doing this kind of thing in the future.