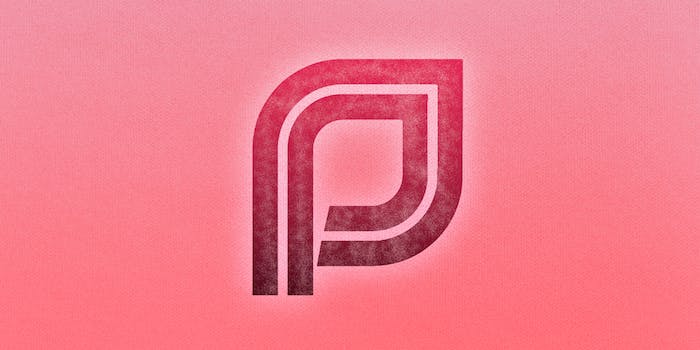 A 'complex criminal enterprise' is behind attacks on Planned Parenthood, the group says.

Creators of the heavily edited anti-abortion videos that set off a national attack against Planned Parenthood will soon see their day in court.

The lawsuit, brought by Beth Parker, Planned Parenthood’s chief legal council, claims the group calling itself the “Center for Medical Progress” is in fact a “complex criminal enterprise conceived and executed by anti-abortion extremists,” which has cost Planned Parenthood millions of dollars and risked the lives of its employees.

“The people behind this fraud lied and broke the law in order to spread malicious lies about Planned Parenthood,” said Dawn Laguens, executive vice president at Planned Parenthood. “This lawsuit exposes the elaborate, illegal conspiracy designed to block women’s access to safe and legal abortion, and we filed the case to hold them accountable.”

Newman, as the Daily Dot reported last month, is one of CMP’s three board members. He is also president of the longstanding anti-abortion group Operation Rescue.

In 2002, under Newman’s leadership, Rescue turned its sights on Dr. George Tiller, an abortion provider in Wichita, Kansas. Tiller was murdered soon after by an anti-abortion extremist named Scott Roeder. Rescue denies any link to the assassination; however, police later discovered the phone number of Cheryl Sullenger, the group’s senior policy advisor, on the dashboard of Roeder’s car.

According to Planned Parenthood, CMP has succeeded in at least one goal: damaging the organization’s reputation. “Millions of people who viewed the manipulated videos and inflammatory accusations were made to believe that Planned Parenthood had violated the law and acted improperly,” the lawsuit claims.

Daleiden’s allegations are further responsible, the organization says, for a “dramatic increase in threats, harassment, and criminal activities targeting abortion providers and their supporters.”

“We’re going on the offensive to expose this fraud for what it is and hold the people behind it accountable.”

The suit also references the November rampage shooting at Planned Parenthood’s clinic in Colorado Springs, where a gunman fatally shot three people, including a police officer, and injured nine others. At his arraignment, suspected shooter Robert Dear described himself as “a warrior for the babies.” Following his arrest, police say he muttered to himself: “No more baby parts.”

Dear’s language—references to “baby parts” or the sale of “baby parts”—has also been used in connection to Daleiden’s video by several 2016 presidential candidates. Last year, Sen. Rand Paul (R-Ky.) told Fox News he was doing everything he could to defund Planned Parenthood. “This is baby parts we’re talking about,” he said.

“There is no reason in the world to have Planned Parenthood other than abortion,” Paul continued, though abortion makes up only a small fraction of Planned Parenthood’s services. The majority are screenings for cancer and sexually transmitted diseases.

Another lawmaker, Colorado state Representative JoAnn Windholz, cited Daleiden’s material after Dear’s massacre. “The true instigator of this violence and all violence at any Planned Parenthood facility is Planned Parenthood themselves,” she told reporters at the time.

“CMP’s reckless and dangerous actions have created a poisonous environment,” said Kathy Kneer, CEO of Planned Parenthood Affiliates of California. “We’re going on the offensive to expose this fraud for what it is and hold the people behind it accountable,” she said.

In September, a Planned Parenthood facility in Pullman, Washington, caught fire, causing significant damage to its structure; investigators determined the cause was arson. Less than two weeks before, anti-abortion protesters rallied outside a nearby women’s health clinic, holding signs demanding an end to the sale of “baby parts.”

“Selling access to an operating room is unheard of in the United States, so it’s very likely that the center’s images were all taken abroad.”

Planned Parenthood says it donates fetal tissue for medical research at less than one percent of its clinics, following strict federal guidelines, and only at the request of its patients. In the past, the clinics received financial reimbursement, as the law permits, for the cost of storing and transporting medical samples. As of October, however, the organization began footing the bill itself.

After Republican presidential candidate Carly Fiorina made erroneous claims about Planned Parenthood on national television during a GOP debate, Daleiden was interviewed by CNN about a purported video of an aborted fetus, in which Fiorina claimed she heard a person say, “we have to keep it alive to harvest its brain.” Daleiden told CNN his group superimposed the footage mentioned by Fiorina, which had no sound, for visual effect.

The footage, according to Planned Parenthood, originates from a website called the “Grantham Collection,” which is a lifetime partner of the so-called “Center for Bio-Ethical Reform.” A 2010 investigation by Slate writer Brian Palmer concluded the footage described by Fiorina was likely filmed in a foreign country, not at a Planned Parenthood clinic.

“The center pays doctors and clinics to permit a contract photographer to enter the operating room and document the abortion,” Palmer wrote. “Selling access to an operating room is unheard of in the United States, so it’s very likely that the center’s images were all taken abroad.”

Daleiden likewise admitted to adding images of a fetus that was miscarried, not aborted, in one of his videos. The fetus, he argued on CNN, was approximately in the same stage of development as those he accused Planned Parenthood of “selling.”

Despite a flurry of reports criticizing the heavily manipulated videos, anti-abortion lawmakers in 11 states have launched taxpayer-funded investigations into Planned Parenthood’s activities. Each cleared its employees of any wrongdoing. Another eight states have reportedly declined to investigate the allegations raised by Daleiden’s videos, citing a lack of evidence to suggest any laws are being broken.