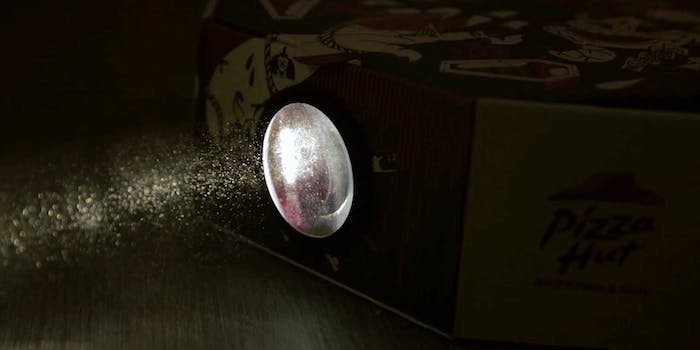 Dinner and a movie.

Pizza is the most versatile of foods. You can top it with meat, fruit, vegetables—hell, if you ask some congressmen, they’ll tell you pizza is a vegetable. So it’s only right that the boxes transporting this multifaceted food source be just functional. To that end, Pizza Hut in Hong Kong is turning its pizza boxes into movie projectors.

The Blockbuster Box, the brainchild of ad agency Ogilvy and Mather Group‘s Chief Creative Officer Reed Collins, takes the classic pairing of pizza and a movie to a new level. Included in your pizza order is a projector lens that fits into a punch-out hole in the front of the box.

Your phone serves as the source of entertainment, propped up in the box with an included phone stand and displaying the video that is projected through the lens. 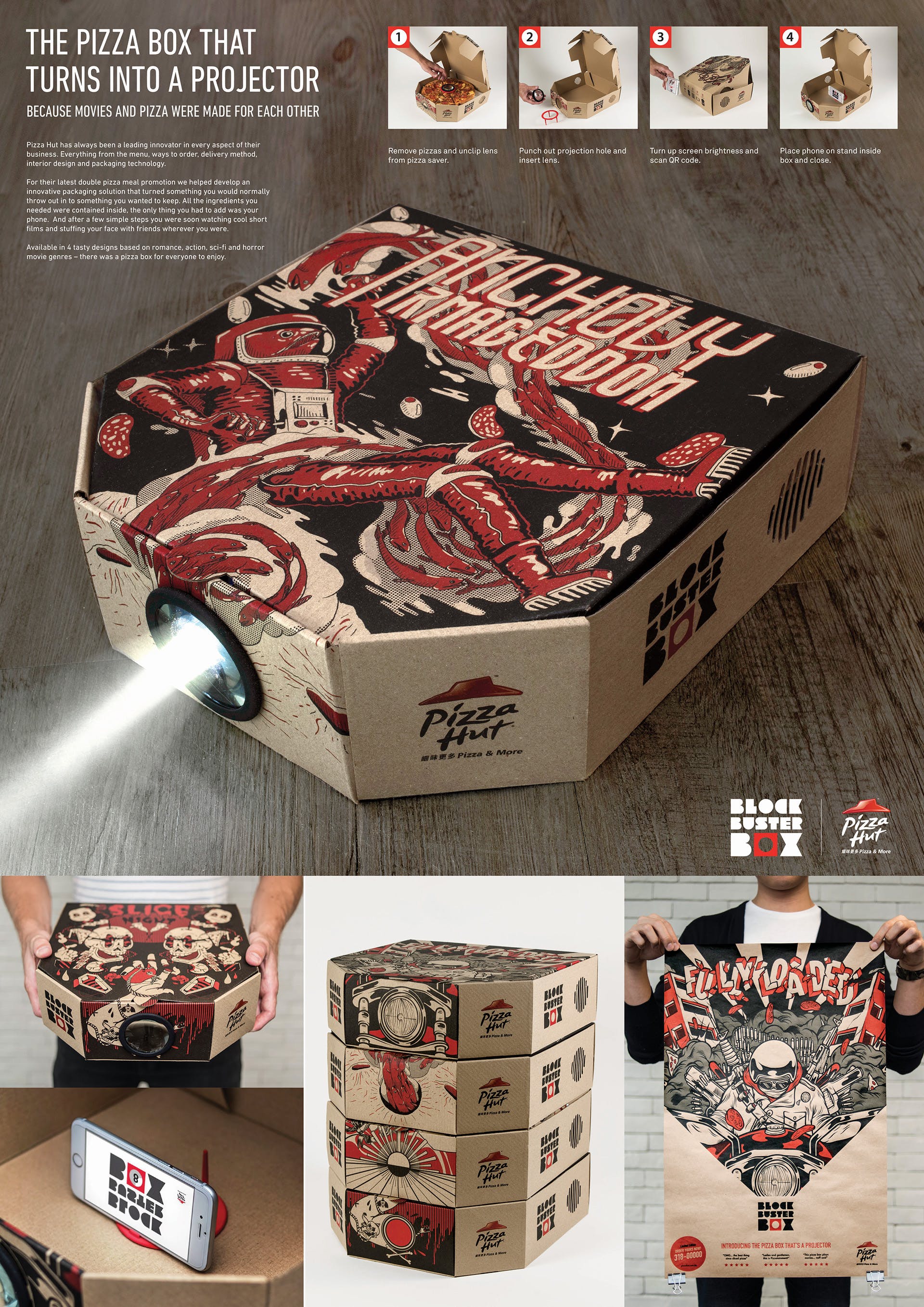 Pizza Hut is offering four different varieties of the box: Slice Night for horror, Anchovy Armageddon for sci-fi, Hot and Ready for romance, and Fully Loaded for action thrillers. Each box comes with scannable codes for exclusive downloads of films ready to be pizza-projected.

The Blockbuster Box is currently only available in Hong Kong, so if you’re not in the Pearl of the Orient, you won’t be able to get your hands on it; Pizza Huts in Hong Kong probably don’t deliver stateside.