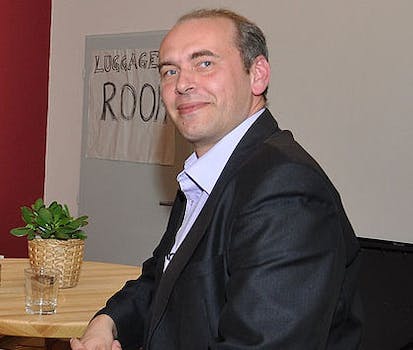 Czech Libor Michálek won a senate seat with a stunning 75 percent of the vote.

Mitt Romney and Barack Obama just don’t seem to care about addressing Internet freedom, much to the chagrin of activists. But that’s not the case in the Czech Republic, where the Internet-friendly Pirate Party won its first seat in a national legislature Saturday. Sort of.

To be fair, Libor Michálek, who became well-known in Prague as an anti-corruption fighter more than a decade before the Pirate Party was established in 2006, only recently put on a Pirate cap. He announced in July that his campaign for a Czech Senate seat would be run under the Pirate mantle, though technically he’s been elected as independent who’s sponsored by three different parties—Pirates, Green, and Christian Democrat.

Founded on the principles of openness, Internet freedom, personal privacy, and copyright reform, the Pirate Party has made remarkable strides in its six years. It’s sent Germans to a number of seats in state legislatures government and two Swedes to represent that country in the European Union. Three European countries have Pirate mayors. Still, it had yet to elect a representative to national office until Michálek, 44, won with a stunning 74 percent of the vote.

Even more impressive: Czech elections work on what’s called a “first-past-the-post” system, which rewards only the highest performing parties with representation. It’s closer to the United States’ voting system than to “proportional representation” system used in the European countries where the Pirates have had their other major successes thus far.

“We have long known that we are capable of getting 5% of the vote,” blogged Pirate Party founder Rick Falkvinge. “As of today, we know that we’re also capable of winning first-past-the-post elections and getting 51 percent, even in capitals.”

So apparently all it will take for Republicans and Democrats to be more specific in their plans for preserving Internet freedom is to have a phenomenally talented, independent politician to surge through the polls. Got it.