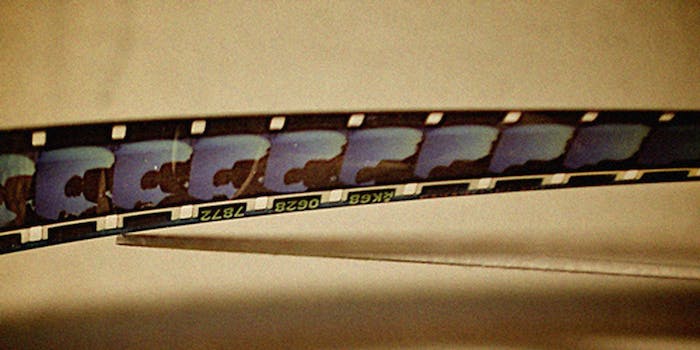 Want to save the economy? Stop downloading music.

The copyright industry released a new study arguing that the economic benefits of copyright law justify tighter restrictions on piracy.

Before getting into the details of the industry’s argument, it’s important to note that the study is far from unbiased. It’s produced by the International Intellectual Property Alliance, a group of seven of the most powerful film, entertainment, and music companies, including the Motion Picture Association of America and the Recording Industry Association of America.

The study argues that the tightening of copyright and piracy laws has benefited the gross domestic product of the United States, maintaining that the IIPA’s figures provide the “economic underpinnings for efforts to reform copyright laws and enforcement and to lower rates of copyright piracy.”

Here are the key points:

Copyright is big business for America.

In 2012, the contribution of the core copyright industry to the U.S. economy surpassed $1 trillion, some 6.48 percent of the country’s GDP. (That number increases to 11.25 percent if you include industries that partially, but not primarily, produce, distribute or sell copyrighted material.) 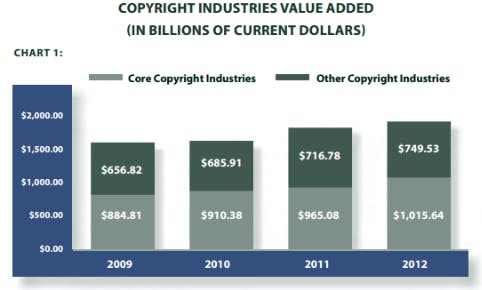 The copyright industry employes a substantial number of people and pays them well.

The industry employs 5.4 million workers, some 4 percent of the U.S. workforce. The average salary for these workers is $85.6 thousand, a full 33 percent above the average American’s pay. 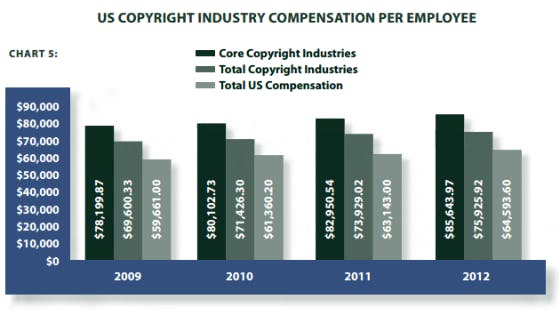 The copyright industry is growing faster than the rest of the economy. 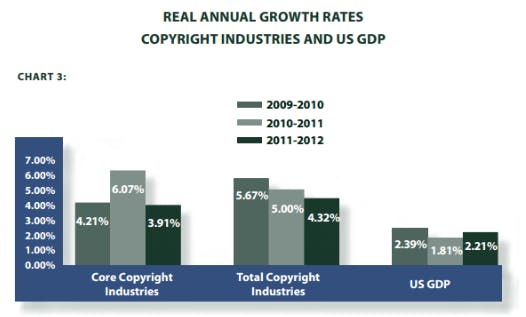 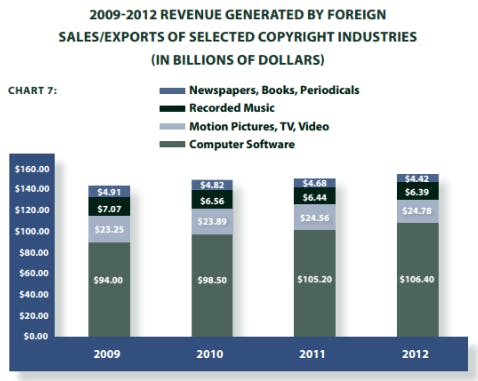 From these findings, the study concludes “global online and physical copyright piracy, as well as market access and other stifling discriminatory barriers to doing business in various countries, inhibit the growth of the copyright industries in the U.S. and globally.”

That may or may not be true, but the study certainly doesn’t prove the claim. Instead, the study simply shows that the copyright industry is powerful and its employees are exceptionally wealthy. One might describe Wall Street in the same manner. And, after 2008, few would make the argument those facts entitle the financial sector to more laws stacked in its favor.