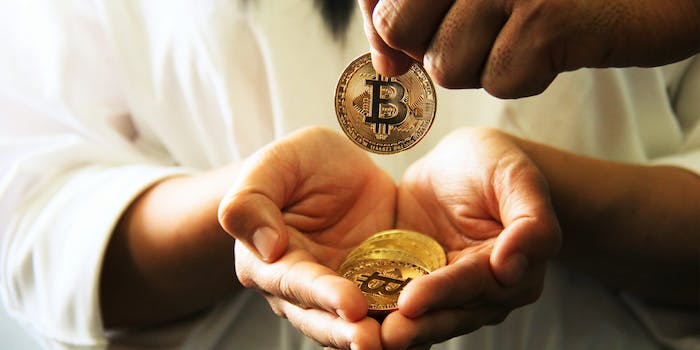 A mysterious Bitcoin philanthropist is giving away millions to charity

The Pineapple Fund is creating a new model for philanthropy.

Every cultural boom has its Cornelius Vanderbilt, Andrew Carnegie, or Chuck Feeney—people who made a ridiculous amount of money and chose to give most of it away. In the cryptocurrency world, one philanthropist has already stepped up to toss away their fortune. The difference is that only a handful of people know who’s really behind the effort.

“Pine” is the anonymous founder of the Pineapple Fund, a mysterious philanthropy organization that’s pledged to give away approximately $86 million in bitcoins. The initiative was launched on Dec. 13 with a post on social news site Reddit that invited registered nonprofits to fill out an application for consideration.

“Bitcoin has changed my life, and I have far more money than I can ever spend,” the user, u/PineappleFund, wrote. “My aims, goals, and motivations in life have nothing to do with having XX million or being the mega rich. So I’m doing something else: donating the majority of my bitcoins to charitable causes.”

The announcement coincided with a series of impressive initial donations: $2 million to Watsi, a tech firm working toward universal healthcare; $1 million to the Water Project, which works to create sustainable drinking water in Africa; and $1 million for the Electronic Frontier Foundation (EFF), which is active in the fight for net neutrality. To date, the Pineapple Fund has donated over $52 million to 57 charities, ranging from the Internet Archive to the Tennessee River Gorge Trust and Nuzzles & Co., a pet rescue and adoption agency.

Protecting their anonymity, I emailed with Pine to learn more about the roots of Pineapple Fund. When I hadn’t heard back from Pine in a week, they wrote me, apologizing for the delay and explaining that the fund was just a “side project.” Pine says that they initially invested in Bitcoin because they “saw the promise of decentralized, trust-less currency,” and because “people were doing amazingly clever things with cryptocurrency.” But when Bitcoin reached its most recent bubble, Pine also saw their investment as much more. “I realized I could have a relatively modest but nonetheless decent impact on this world, instead of just spending it on myself or waiting until the bubble blows over.”

Cryptocurrency has the ability to change how philanthropy works. By making use of the blockchain, Bitcoin’s digital ledger system, every grant Pineapple Fund makes can be verified in a public database. And by setting up a free wallet with a blockchain of recordable transactions, endowments, and grants can be tracked and hassle-free, even internationally.

Anonymity may provide the newly wealthy with a way to easily donate to stigmatized causes. Pine made headlines in January, for example, when the fund pledged $4 million to MAPS (Multidisciplinary Association for Psychedelic Studies) to bankroll research for using MDMA as a therapeutic drug for PTSD.

What makes Pine and others truly unique, though, is that they’re not looking for any public acknowledgment in the process. You won’t see “Pine” as the name of any libraries, concert halls, or other buildings potentially constructed with their funds. In fact, Pine chose anonymity explicitly so that it “minimizes changes” in their life.

“It honestly doesn’t impact me in a significant way,” they wrote of their recent Bitcoin earnings and attention the Pineapple Fund has garnered.

“To be honest, I think it’s the natural evolution of my personality, adapting to having a lot of wealth,” Pine wrote when I asked them if they were altruistic before their digital wallet got full.

There are a couple of people who know who Pine is. When I asked him if he or she hangs out with other cryptonnaires, Pine told me, “Yes! We talk about how life is like as a secret crypto millionaire, and support each other when the prices are going down.” But, Pine was quick to point out, “The vast, vast majority of people in my life have absolutely zero idea that I made the Pineapple Fund!”

Pine did spend “a fair bit” on themselves in addition to opening up Pineapple Fund and says that the Bitcoin boon has “allowed me to free myself from so much pressure. As someone who battles mental illness every day, it’s absolutely helpful.”

Pine claims they evaluate applications by doing detailed research. “I generally pull up the Form 990s of the past financial years,” Pine said, referring to the IRS document nonprofits use to disclose financial information. “I also ask for recommendations and opinions from people who are in the relevant industry or field, to filter out if it would be an efficient and impactful donation.”

Recipients do, in fact, receive their endowments in bitcoins. “It’s up to them to convert it,” Pine said, by sending it through to a BitPay, which can immediately exchange the gift into USD.

After the most recent downturn in the cryptocurrency markets, Pine’s fortune may look a bit smaller, but they’re not worried about the drop in Bitcoin’s price. “I’ve been through many cryptocurrency downturns, and this one isn’t particularly nasty,” Pine wrote. “The price will go up and down. It is an incredibly speculative instrument. Eventually, it will converge to the long-term value.”

And if it doesn’t? “I’m happy I’ve made the Pineapple Fund and will donate probably $50-$60 mil worth of crypto to do good in this world. Even if I don’t have much money, I’d be happy with that :)”