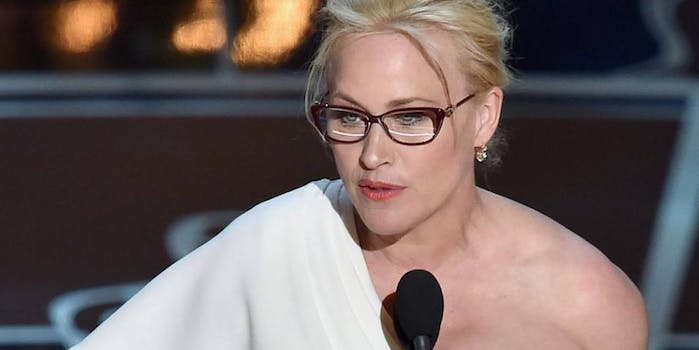 'Appalled' is such a strong word.

Actress Patricia Arquette set the political tone at this year’s Oscars by calling for wage equality between men and women—the response was loud both in the room and on social media.

While many in the audience, and Meryl Streep in particular, loved the speech, Fox News contributor Stacey Dash said Arquette’s comments left her “appalled.”

“To every woman who gave birth to every taxpayer and citizen of this nation, we have fought for everybody else’s equal rights,” Arquette said. “It’s our time to have wage equality once and for all and equal rights for women in the United States of America.”

“I was appalled,” Dash said on Fox News this morning. “I could not believe it. First of all, Patricia Arquette needs to do her history. In 1963, Kennedy passed an equal-pay law. It’s still in effect. I didn’t get the memo that I didn’t have any rights.”

“I agree with Mr. Trump,” Dash continued. “I miss the glamour, the elegance, the class, the majesty of the Oscars. I’m an actress, I’ve dreamed about it my whole life, and it just seems to be going away.”