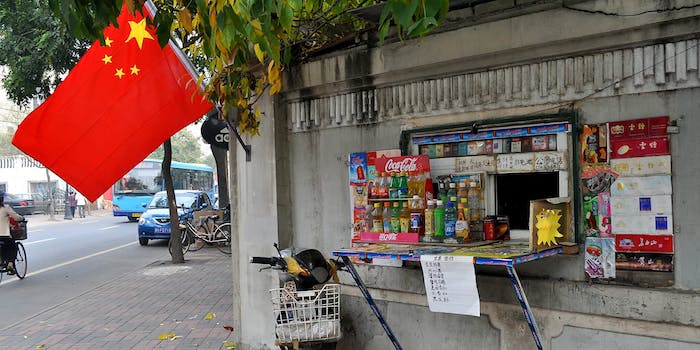 Photo via gill_penney/Flickr (CC BY 2.0)

In the wake of the Oregon shooting, a look at 2 forms of media censorship

There were two mass killings this week. You probably only heard of one of them.

Last week, two brutal mass killings totaling at least 20 fatalities rocked the world’s two most powerful countries—but you probably only heard about one of them.

The disparity in reporting these two tragedies raises a key question: How should the world’s news media handle mass killings?

When ten people died in a school shooting at Oregon’s Umpqua Community College on Thursday, the globe’s biggest news organizations focused like a laser on the shooting, hoping to uncover every last detail and relay the truth to the waiting world.

The way reporters rushed into the Oregon scene—both literally and virtually on social networks—garnered major backlash.

When journalists asked students to message them on Twitter, it was “gross.” When reporters asked friends and family members about the shooter, critics cried that this was not the right “way to do it.” When CNN announced the name of the shooter, thousands demanded an apology because the news organization (as well as MSNBC, Fox News, CBS, and countless others) may have handed the shooter unwarranted fame, potentially motivating future gunmen to rise to infamy. Others countered the calls for censorship, arguing that naming the shooter gives crucial context, identifies trends, and sets the record straight.

And then there’s the mass killing you didn’t hear about.

In China’s southern Guangxi province, ten people died and at least 51 were injured when a rash of nearly two dozen massive mail bombs hit government buildings, hospitals, businesses, and residents in a city of 3.8 million people. Entire buildings were leveled during one of the country’s most important holidays known as Golden Week.

The Chinese government has a plan in place for violent national tragedies: Censor, censor, censor.

In August, a massive industrial explosion in Tianjin killed more than a dozen people and triggered the censorship. This week, the mail bombs in Guangxi did the same.

As news spread of the mail bombs on China’s social media, the Chinese government quickly laid down the law for the country’s biggest social media networks and news organizations. Keywords were restricted on the microblogging site Weibo and close-up pictures of the explosions were banned.

“Do not do one’s own reporting,” a memo to the country’s news companies read. Meanwhile, police deleted posts on Weibo and WeChat.

Photos and news were only allowed to be sourced from “authoritative sources like Xinhua news,” the censors wrote. Xinhua is the country’s state-run media, created expressly to tow the government’s line.

Chinese state-owned media soon reported that the bomber was 33-year-old Wei Yinyong, who used the bombs to settle disputes he had with individuals and companies who competed with a rural quarry he owned.

Wei, identified as the bombing investigation’s chief suspect, was killed on Friday in an explosion, according to the Chinese press and police.

Independent media and citizens are hamstrung when it comes to publicly asking questions about massive events like this, even when entire city blocks are hit.

On Friday—hours after Wei’s death—a fresh explosion was reported in Guangxi. It destroyed most of a six-story building.

While reporters in China are literally kept at a distance to prevent independent investigation of the bombings, China’s history of violent bombings betrayed the government’s push to keep the press totally cooperative. Slowly, damning speculation of populous revolt crept up as whispers at the ends of articles in the global press.

“There have been a number of cases in China of disaffected people with a legal grievance against the authorities using explosive devices in public attacks,” the BBC’s John Sudworth reported, almost as a footnote.

China’s recent history is bloodied by multiple homemade bombing campaigns in which individuals resorted to violence when they believed the nation’s justice system, firmly under the control of the Communist Party, offered them no real justice.

Gun control is strict in China, so homemade bombs are the go-to weapon for these incidents.

The most well-known bombings took place in 2013, when dozens were killed in two separate attacks in Beijing and Xiamen. Both bombers sought to strike back at local Chinese government officials who, according to the assailants, were corrupt but above the law.

The 2013 Beijing bomber, Ji Zhongxing, said police beat and paralyzed him in 2005 but suffered no punishment. That allegation didn’t come to light through Chinese news media. Instead, Ji wrote about it in a blog that was taken down shortly after the attack. Ji ended up killing no one and injuring only himself. He garnered wide sympathy from Chinese netizens and was sentenced to six years in prison.

The latest bombings in Guangxi are “one more example of disgruntled citizens using private and very violent means to vent their frustration because they have no recourse to justice,” Hong Kong-based journalist Willy Lam explained.

In the United States, it’s immensely easy to imagine an army of reporters descending on the smoking rubble and swarming through social media to ask friends and family of the bomber everything from why he’d done it to what he’d eaten for dinner the night before.

In China, no such questions are even allowed to be asked.

Photo via gill_penney/Flickr (CC BY 2.0)