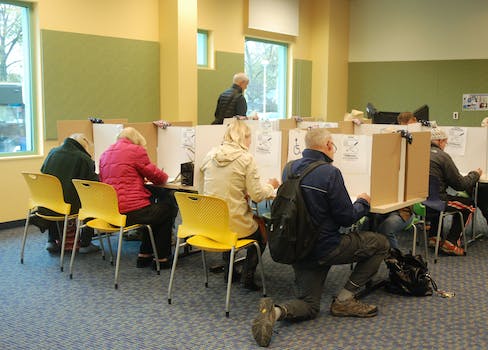 The U.S. electoral system isn't perfect, but it could be so much worse.

Nov. 4 is election day in the United States, which means we’re inundated with news stories of alleged election fraud, voter intimidation, and a seemingly endless number of opinion pieces on how broken the country’s election system. This is not one of those articles. Well, at least not entirely. I’m here to argue that while our current voting system—with broken booths, hanging chads, and glitchy touchscreens—isn’t great, online voting would make it so much worse.

There has been a lot of talk about taking the online vote in recent years, which is to be expected when connected tech like smartphones, tablets, and smartwatches are a part of our everyday lives. If your phone can let you pay for your Starbucks in the morning, why can’t your computer let you cast your vote for an elected official? The short answer is that it can, but the long answer is more complicated.

The technology needed to make online voting a reality already exists, and it’s not even all that complicated. It would require a personal profile which could be verified via your social security number and a credit card, two-step verification (if we’re being smart about this) in order to log in, and a simple ballot application. If American Idol can do it, so can the United States government. So yes, it can be done, but should it?

Anyone who so much as casually followed the Healthcare.gov fiasco knows how rapidly an otherwise straightforward technological concept can spiral completely out of control. Within hours of the launch of the U.S. government’s insurance marketplace, nothing worked. Imagine the same thing happening on election day, with millions of voters logging on to cast their ballot for a congressman—or, in the worst possible case, the President—only to find an error page.

Sure, the kinks will be ironed out ahead of time, but breakdowns are inevitable. Internet technology is like a car. You can make it as reliable as humanly possible, but it will eventually break. Even if the uptime and functionality of an online voting system is 99.9 percent perfect for every election over the course of a hundred years—which, let’s be honest, is a pipe dream in itself—that still results in an untold number of votes going uncounted.

Even Google, which has perhaps more to lose than any other company by failing to be up and running 24 hours a day, occasionally goes down for any number of reasons. The same is true of Facebook, which has seen 13 instances over the past 90 days where the site was either not working properly or down completely. That’s something that absolutely cannot happen to a system that is helping to decide the U.S. commander-in-chief, and if multibillion dollar companies with immense server power can’t make that happen, the U.S. government really has no hope.

There’s also the issue of potential vote rigging via hacking, which alone should be reason enough to avoid a broader push for online voting. News agencies, major banks, and huge corporations are the victims of hacking on a regular basis. Even the U.S. Government can’t avoid individuals and rival states looking to cause trouble from behind a computer screen. If you’re under the illusion that election results would somehow be able to avoid a similar fate, you are living in a dream world.

Current election systems, complete with paper ballots that feel outdated and ancient, have the built-in benefit of acting as their own hard backups. You can always count a paper ballot again if the need arises. That’s not necessarily true for an electronic system, and the waters are even muddier when you add an online component to the mix.

Don’t think the government is ignorant to these risks, either. In fact, Alaska already allows online absentee voting as an option, but the state isn’t shy about telling voters how risky it is. A disclaimer on the state’s online election portal reads “When returning the ballot through the secure online voting solution, [you] are voluntarily [waiving] your right to a secret ballot and are assuming the risk that a faulty transmission may occur.” In short, your vote might be counted wrong, or may not count at all.

The bottom line here is that our technology just isn’t reliable and secure enough to put the entire weight of democracy on it. Would an online voting option lead to a greater number of voters? Sure, but the potential for a complete breakdown of the process is just too great a risk. Sorry, but you’ll have to make that long trip down to your local middle school or post office for at least a little while longer.

Photo via komunews/Flickr (CC BY 2.0)