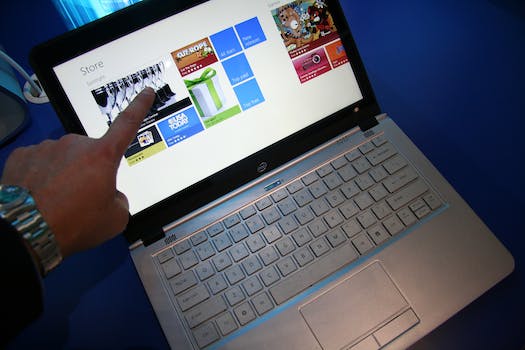 Don't shower. Don't put on pants. Stay on that couch.

Black Friday is a beautiful monster for tech lovers. While it’s a day where devices you’ve eyed all year go on insane sales, it also requires that you stand in a line for hours, eventually forced to shove your way through an angry throng.

But no more: Plenty of retailers put their deals online, so if you saw something in our basic Black Friday tech guide, you very well might be able to snag it now without leaving your house.

There are also a handful of online deals from Internet-only storefronts, and we’ve collected some of our favorites. So sit back, don’t even think about putting on pants, and shop away.

IPods, iPads, Apple TVs, Macs, and some Beats headphones come with an iTunes gift card worth anywhere from $25 to $100. You can also feel good about your purchase because its part of Apple’s Product RED campaign.

You can snag an LG G smartwatch for $99 on the Play Store. It also comes with a $50 credit toward apps and other media, effectively making that a sub-$50 smartwatch.

If you want an ironic (or maybe non-ironic) Ello T-shirt, they’re $10 off today.

Tokyo Flash’s LED watches are all $20 off starting tonight through Dec. 2 at 10am.

(For all Amazon deals, make sure to check our Black Friday tech guide; since it’s an online-only retailer, everything listed on our master guide for the store doesn’t require you to leave the couch. Here, we’ll go over a few of our favorite deals.)

Samsung’s Internet-enabled, Wi-Fi camera the NX300 is currently $399, down from $799. (Actually, a handful of Samsung’s Wi-Fi, NFC-enabled digital cameras are on a Black Friday sale.)

The bObsweep robot vacuum is $200 today (a 67 percent discount), and Garmin Vivofit fitness bands are only $80. Second-generation Jawbone Up trackers are $53.99.

The Muse headband wearable has free shipping now through Nov. 30.

An SLR mount for your iPhone might seem impractical, but you definitely know someone out there who would use this to achieve Instagram perfection. However, it only works with the iPhone 4 or 4S, but it’s on sale for $175.  HD You Vision recording camera glasses are $89, and and an Instabook with prints is $15.

The Impossible Project is that sole remaining creator of Polaroid film, and it has its own sale going on. Cameras are up to 25 percent off,  films up to 20 percent off.

The tech news aggregator is partnering with retailers to offer Black Friday deals through its site. A few noteworthy sales include the OM One levitating Bluetooth speaker for $195, the Code Black Drone + HD camera for $89, the DJI Phantom FC40 drone for $499, the Extreme Micro Drone 2.0 + aerial camera for $75, and the ilumi LED Smartbulb for $79.

We’ll continue to update this post with deals we come across today.

Photo via IntelFreePress/Flickr (CC BY 2.0)