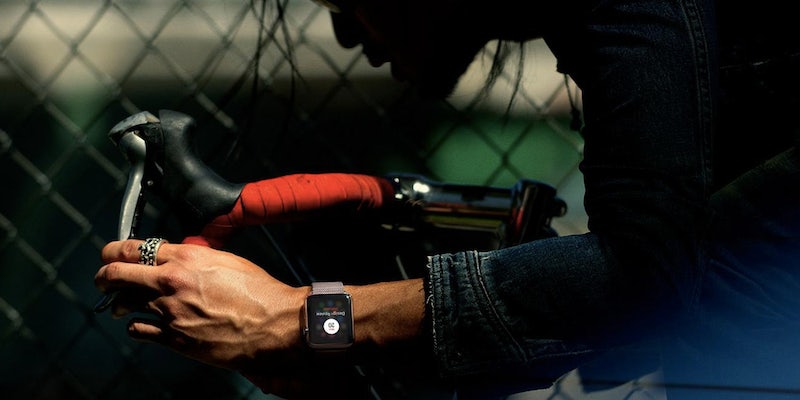 No one is sure just how good the Apple Watch will be or how well it will sell, but every major player is gearing up for the launch. In preparation of another new screen ripe for content-sharing, the New York Times has announced its plan to to publish one sentence stories for the Apple Watch.

According to a press release from the Times, the one-sentence stories will be “crafted specially for small screens” and will provide “news at a glance across many Times sections, including Business, Politics, Science, Tech, and The Arts.”

(Huh. A single sentence, short and pointed, designed to provide a summary of the full text of the article. That’s a pretty innovative idea. They should start to put those at the start of every article! Maybe put it in a larger font to draw attention. All it needs is a snappy name like “headline.”)

Publishers definitely have to consider how to push content to the Apple Watch, but it will be interesting to see how this concept becomes a reality, and if it really does anything more than flash a headline at users. Maybe the Apple Watch will get information directly, instead of the titles designed to entice a viewer. @SavedYouAClick might be out of a job if that’s the case.

The single sentence stories will also be accompanied by photography and bulleted summaries. Users will be able to save any article of interest to read later or pass the article along to an iPhone or iPad using Handoff. The Times states that editors from across three continents will be dedicated to maintaining the company’s mobile presence, including Apple Watch content, 24 hours a day.

The Apple Watch extension of the New York Times app will be available for free on launch day for the new device, April 24, 2015.