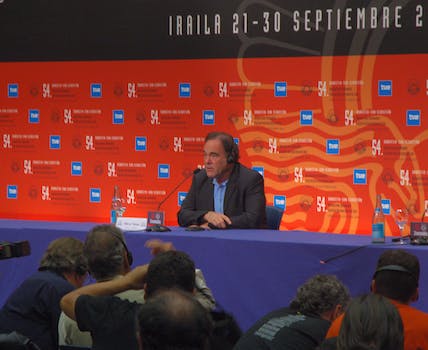 Hopefully this will ensure that Levitt's performance is as authentic as possible.

Director Oliver Stone has met with Edward Snowden in Moscow while doing research for his upcoming feature film about the exiled whistleblower.

Stone’s work on the film began after he acquired the rights to two books about Snowden: Time of the Octopus, by Russian lawyer Anatoly Kucherena, and The Snowden Files: The Inside Story of the World’s Most Wanted Man, by Guardian journalist Luke Harding. His biopic, which does not yet have a title, will explore the events that led to Edward Snowden fleeing the U.S. for Hong Kong and subsequently Moscow, as well as the global fallout from the documents the former NSA contractor leaked.

The state-owned Russian news outlet RIA Novosti reports that Stone has now met Snowden himself on a research trip to Russia. “We are working on the script. We hope to shoot early next year,” the director said. “We’ve been working on it for almost a year now…and we’re very pleased it’s coming along.”

Stone also confirmed the widely expected news that Joseph Gordon-Levitt will play Snowden in the movie. In his interview with RIA Novosti, Stone called Gordon-Levitt “a very good actor, popular with young people.”

Stone also met Russian President Vladimir Putin on his trip, telling the state newspaper that he admired the President as a “strong man.”

Documentaries about the people at the center of the growing international surveillance controversy have a mixed history. Laura Poitras’ film about the Snowden revelations, entitled Citizenfour, was recently released to critical aclaim. But The Fifth Estate, a biopic focusing on Julian Assange, was heavily criticized by its subject. The Wikileaks founder described it as a “massive propaganda attack.” That Stone has made the effort to reach out to Snowden and meet him personally suggests that his forthcoming film may be better received—by its subject, at least.